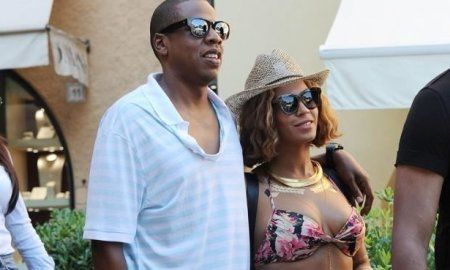 One of the highest grossing films of all time definitely put the young star on the map. Leo portrayed Jack Dawson, a poor artist who swoons a 17-year old aristocrat (Kate Winslet) on board the ill-fated ship. The film won 11 Oscars in 1997 and Leonardo DiCaprio was nominated for a Golden Globe.

In one of the more recent Leonardo DiCaprio movies he portrayed Calvin Candie, a charismatic yet wicked plantation owner. Tarantino’s controversial film won two Oscars in 2012 and Leo was nominated for a Golden Globe for “Best Performance by an Actor in a Supporting Role.”

Leo landed his first major movie role when he was only 19. DiCaprio played the mentally disabled younger brother, Arnie Grape, to Johnny Depp’s Gilbert Grape in the 1993 film. Leo’s portrayal of Arnie got him his first Oscar nomination for “Best Supporting Actor.”

Leo starred alongside Academy Award winner Tom Hanks in Steven Spielberg’s 2002 crime drama. Based on a true story, the film followed 18-year old con-artist, Frank Abagnale Jr.(DiCaprio), who forged millions of dollars of fake checks as a pilot, lawyer and doctor. The film was nominated for two Oscars and one Golden Globe in 2003.

Leo played undercover Boston police officer, Billy Costigan, in Martin Scorsese’s 2006 Oscar winner. The movie was a remake of the 2002 Hong Kong film, Internal Affairs. Leo was nominated for a Golden Globe for “Best Performance by an Actor in a Motion Picture – Drama.”

DiCaprio portrayed Danny Archer, a white Rhodesian (Zimbabwean) gunrunner who was jailed while trying to smuggle diamonds. The 2006 film is based on real events of during Apartheid. Leo’s portrayal of Archer earned him five “Best Actor” nominations. The film was nominated for five Oscars in 2007.

2. The Wolf of Wall Street

Once again, DiCaprio starred in a film based on a true story directed by Scorsese. Leo played Jordan Belfort, a NY stock-broker living the good life until ultimately falling into crime and corruption in the 2013 film. The film was nominated for five Oscars including “Best Performance by an Actor in a Leading Role.

Leo played US Marshall Teddy Daniels in Martin Scorsese’s 2010 mystery thriller. Daniels is investigating a psychiatric hospital on Shutter Island in search of a murderess. The plot has a very dramatic twist, making it one of the best Leonardo DiCaprio movies we’ve seen.