Amazing Before & After Hollywood VFX 2 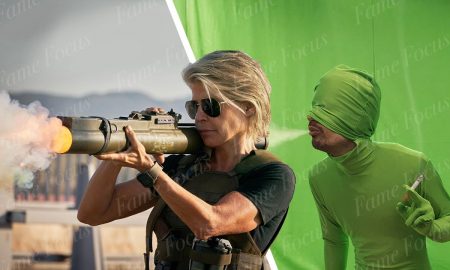 According to Atomic Fiction’s VFX supervisor Ryan Tudhope, there wasn’t a huge budget for making the first Deadpool movie so they had to get creative with the resources available.

Like the music?
Consider helping us out and downloading it on itunes, Google Play, Spotify and Amazon!

Every decision mattered and they had to carefully choose where to add CGI and where to use practical effects.
In the freeway sequence they replicated a huge stretch of the Georgia Viaduct in Vancouver, to mesh in with the real-life scenes at the end of the car-chase. Once all the CG shots were finished, it then took 8 weeks of straight rendering.

Bryan Hirota, vfx supervisor for scanline vfx commented on how most of the heroes’ action shots were filmed without capes.” In fact they treated Superman and Batman’s capes as actual characters in post production, having them move almost as characteristically as the iconic super heroes. This was also very important for continuity between shots, where a real-life cape would move differently each take.

During the production of gravity, Alfonso Cuarón’s team quickly ran into trouble. Zero gravity is already complicated to shoot, but floating in outer space is harder still. In order to have various actors weightlessly spinning and colliding with virtual objects they invented the Light Box. A rig with a moving camera, moving actor rig and 196 LED panels, to give the actors a point of reference and for light reflections.

The logistics of having a boy and a large tiger on a small boat were technically impossible, so for obvious reasons Richard Parker was 100% CGI”. However they did film a real tiger on some shots, especially one where he swims, which then set the benchmark for the CGI; for the real footage to not look out of place, the CG tiger had to be spot on.

To play us out are some scenes from TV series “Missing” and “Pan Am”. So if you liked this breakdown give us a like and we’ll seen you behind the next one.