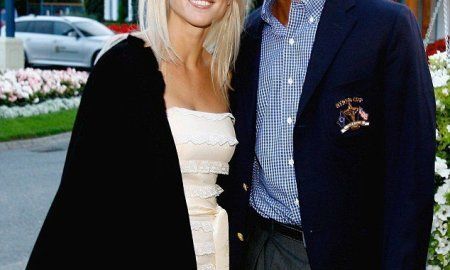 The 10 Most Expensive Celebrity Divorces

The 10 Most Expensive Celebrity Divorces

Just because they’re celebrities doesn’t mean they read books and stuff. Here’s a list of the 10 dumbest celebrities who just need to take a minute to regroup their thoughts. Based on these quotes, we’re not even sure if this would would help.

1. Shaq Must Have Skipped History in School

“I can’t really remember the names of the clubs that we went to.” – Shaquille O’Neal on whether he had visited the Parthenon during his visit to Greece. And to think Shaq actually has a PhD (no joke).

On Japan – “I’ve never really wanted to go to Japan. Simply because I don’t like eating fish. And I know that’s very popular out there in Africa.” Poor Britney.

“Whenever I watch TV and see those poor starving kids all over the world, I can’t help but cry,” Mariah Carey once said. “I mean I’d love to be skinny like that, but not with all those flies and death and stuff.” Love her music, but this comment makes her one of the dumbest celebrities around.

5. John Goselin Knows Who He Is Without Kate

“I won’t go into a big spiel about reincarnation, but the first time I was in the Gucci store in Chicago was the closest I’ve ever felt to home.” Hmm…so in his past life he was a pair of Gucci shades?

7. Kim Kardashian Relates to a Fan

“I spoke to a girl today who had cancer and we were talking about how this is such a hard thing for her, but it taught her a big lesson on who her friends are and so much about life. She’s 18. And I was like, that’s how I feel.” Wow. Hard to top this dumbest celebrities quote.

“I wanted to do what Marilyn Monroe did (during the Korean War), when she went and just set up a stage and did a concert for the troops all by herself. It’s so amazing seeing that one woman just going somewhere, this beautiful sex kitten, who’s basically a pinup, which is what I’ve always aspired to be.” Way to aim high, LiLo.

“The only happy artist is a dead artist, because only then you can’t change. After I die, I’ll probably come back as a paintbrush.” Oh Sly, we honestly don’t even know what he’s trying to say with this dumbest celebrities nugget.

“I’m not sure about the political parties, but whatever they have in Korea, that’s bad.” Deep insight Justin. Dictatorships are bad.