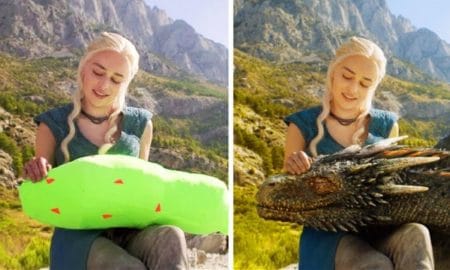 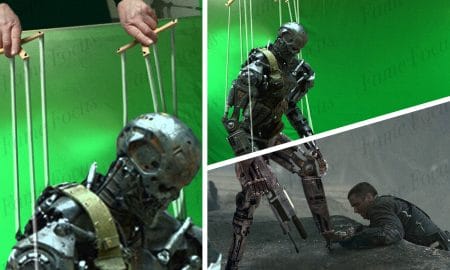 In their efforts to recreate the ISS in the utmost detail, Evans and a team of artists in India began with a basic model of the station. From there, the model was split into individual assets. At that point, Evans and his team waited to see where director Daniel Espinosa would point his camera before focusing their effort into the most prominently featured parts of the model.

One of the tricky things they had to deal with was how clean the actual ISS is in real life. Looking at reference photography, it all looked quite CG – the normal trick to break this up would be to add layers of dirt to the object but they wanted to try their best to stay true to real-life so they erred away from dirt where they could and went crazy with things like bolts, rivets, handles, cloth – basically anything that helped to add more texture onto otherwise pretty flat panels. They did, however, finally have to succumb and run a little dirt through which did actually help sell that last 2% of making something feel real.

Another aspect of recreating the real-world ISS that cropped up was the literal mix-and-match nature of the station. Different modules of the International Space Station were built in different nations, by different teams of people. Huw Evans and his team went to great pains to ensure those structural differences were preserved for the final film.

The planet Earth was all CGI too. As you might imagine, a special effects company like Doubled Negative has plenty of reason to have an in-house CG model of the planet Earth. And, According to Evans, the regularly-updated model can accurately portray the Earth from any angle. It rotates, it displays city lights and floating clouds. And that’s just the base model.

But Earth and the space station weren’t the only things they used CGI Models for.

For a moment when Russian actor Olga Dykhovichnaya’s character takes a walk in space, this was done entirely by computers. As Evans explained, Dykhovichnaya submitted to a scan of her entire body to render a 3D model. From there, a team of artists in London went to work, adding details to the final version.

Throughout the film, we see Jake Gyllenhaal, and crew., float through the International Space Station in zero gravity.

There are many ways to achieve this effect. You could film in a ‘Vomit Comet’, but this is a very expensive method.

You could have two guys in green costumes carry the actors in their arms in front of a green screen backdrop and then chroma key the background. But that would be a ridiculous idea. (3:15)

No, Instead, for ‘Life’ they opted to use wires to suspend the film’s actors. It’s a cost-effective technique that allows the filmmakers to film reliably (and predictably) for long periods. Of course, on the tail end of things, Evans and his team tackled the detail-intensive work of scrubbing out every trace of the wires. Imagine the artistry involved in erasing a steel cable that happens to splice Jake Gyllenhaal’s face in two on-screen and removing it so cleanly that no one can tell the difference even when the image is blown up to the size of a movie screen. Maybe option two would have been a better idea after all…

Moving on to the film’s big bad alien named Calvin

Now, every studio wants to deliver on a terrifying movie monster, but creature supervisor Aharon Bourland had something a little more intensive in mind. According to Evans, Bourland wanted her monster to be based in reality. Says Evans, Bourland worked up a whole biology for this creature and tried to base it all on real-world references as much as possible so each part of its design had a function. And it really paid off.

Which movie VFX would you like us to breakdown next? Let us know in the comment section. Also, don’t forget to like, subscribe and turn on notifications to receive updates on our latest videos.

Get it on Google Play:

Get it on itunes:

Buy it on Amazon: