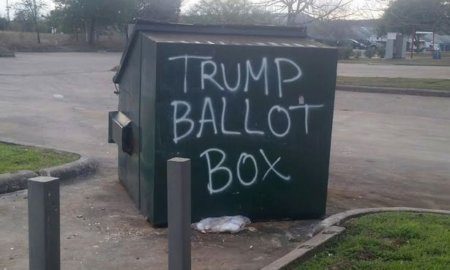 It seems as though Kanye West is a pretty strong Trump supporter, based on the fact that he stopped a show on Thursday night in San Jose to talk about that fact for about 25 minutes. The rapper explained that he did not actually vote in this year’s presidential election, but that if he had, his vote definitely would have gone to Trump. Notably he said that some of Trump’s non political ways of speaking are very futuristic. Kanye also said that he had been encouraged not to talk about his political perspectives, but obviously he is. He did say that despite being a trump supporter he still believes in causes such as Black Lives Matter, women’s rights and gay marriage. Interestingly there are records saying that Kanye donated money to Hillary Clinton’s campaign in 2015, as well as donated money to the Democratic National Committee.