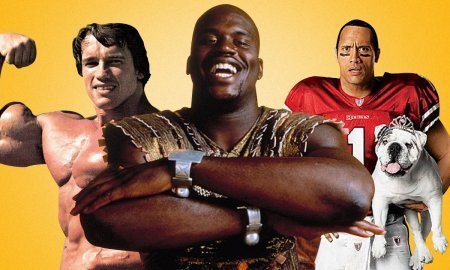 Funny lady Mindy Kaling earned some big bucks from her comedy series, The Mindy Project. In 2013, Mindy was named as one of the “50 Coolest and Most Creative Entertainers” by Entertainment Weekly. She was also recognized by Time magazine as one of the 100 most influential people in the world. Mindy earned $6.5 million.

Since 2009, actress/comedian Amy Poehler has starred as Leslie Knope in the hit series, Parks and Recreation. She received the 2014 Golden Globe Award for Best Actress in a Television Musical or Comedy Series. Amy’s also the executive producer for the NBC’s new Swedish-American sitcom, Welcome to Sweden. Last year Amy earned an estimated $7 million.

Hannigan has come a long way since her days at band camp. The former American Pie star has portrayed Lily Aldrin on the CBS sitcom How I Met Your Mother since 2005. The series wrapped up last spring after the “mother” was finally revealed. Alyson brought home nearly $9.5 million.

The Good Wife‘s Julianna Margulies, Grey’s Anatomy‘s Ellen Pompeo, and How I Met Your Mother’s Cobie Smulders are tied at the number four spot. All three ladies walked away with $10 million last year for their roles in their respective popular television series.

Kaley has played Penny, the dumb-witted yet outgoing neighbor on the CBS hit series The Big Bang Theory since 2007. Last year, Kaley was supposedly earning $300,000 per episode. Cuoco won the Critic’s Choice Television Award in 2013 and the People’s Choice Award in 2014 for her role in the comedy series.

Law & Order: SVU actress, Mariska Hargitay, has been the leading lady of the series for over 15 years. Mariska won an Emmy and a Golden Globe award for her portrayal of crime detective Olivia Benson. Supposedly, Hargitay makes as much as $500,000 per episode. Last year the actress raked in just over $13 million, making her our second highest paid actress.

And for the 3rd year in a row…the highest paid actress is…Sofia Vergara! The Colombian bombshell makes nearly $200,000 an episode for playing Gloria on ABC’s Modern Family. But it’s not just her acting career that boosts her salary. Sofia has a number of endorsement deals too. Sofia is the spokesperson for Diet Pepsi, Cover Girl, Comcast, State Farm Insurance, and a thyroid medication called Synthroid. Vergara also has a successful clothing line at Kmart, she’s the executive producer of ABC’s Killer Women and she owns half of Latin World Entertainment. She’s quite the businesswoman! Sofia made a whopping $37 million last year!