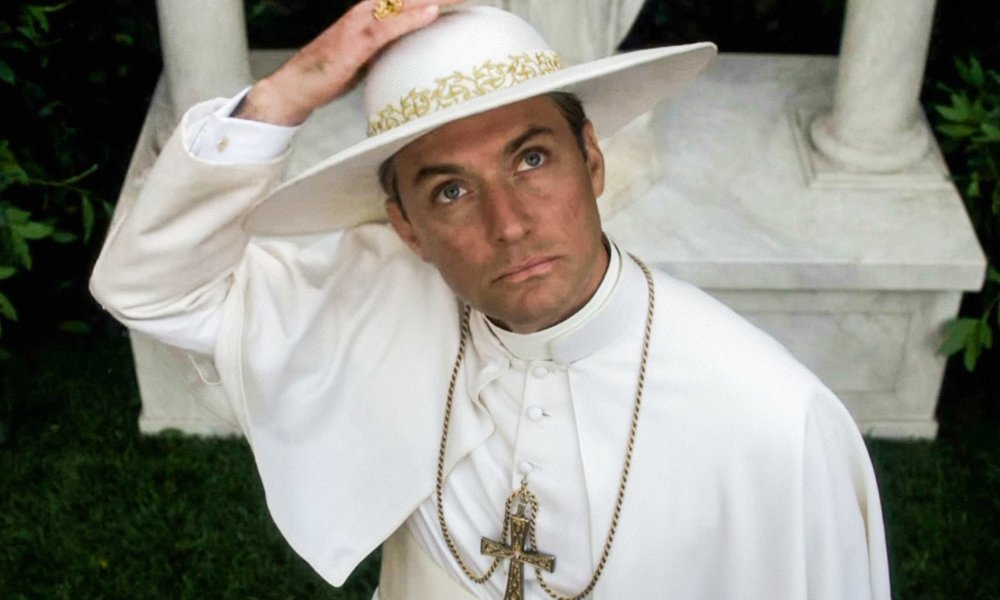 HBO’s original series, The Young Pope, may have come to an end, but viewers still can’t stop talking about this compelling show. After watching Lenny Belardo (Jude Law) chain smoke his way through Vatican City, we’ve decided to compile a list of fast facts about this riveting program.

1. Jude Law Was Concerned About Portraying a Pope

Although Law said it was “wonderful” to play such a contradictory character such as Lenny Belardo, he found it a bit difficult to get prepared for the role. He looked towards the show’s director, Paolo Sorrentino, for help. Sorrentino’s reply was to simply look within the character to find the answers.

2. The Show Has an Award-Winning Director

Speaking of Sorrentino, working on The Young Pope wasn’t his first foray into the entertainment industry. The Academy Award-winning director is also the man behind The Great Beauty and the 2015 film Youth starring Michael Caine.

3. The Pope is Similar to Donald Trump…With a Twist

Jude Law wanted Lenny, also known as Pope Pius XIII, to come across as authentic as possible. And it wasn’t until President Donald Trump was elected into office when Law realized his character wasn’t as “far-fetched” as he previously believed. When Lenny arrived in Vatican City, the other cardinals saw an opportunity to mold him into the ideal pope. However, he flipped the script on them and assumed a radical position that even shocked the most conservative cardinals. Law said the character was, “unpredictable and unknown in that environment, just as Trump is in the political world.” The only difference between Lenny and Trump is that Lenny “doesn’t lie,” according to Law.

4. There are Two Sides to the Pope

There are two sides to the pontiff, and each side began to unravel as the series progressed. On one side, he was Lenny, an orphan who never knew what it was like to be loved. On the other side, he was Pope Pius XIII who had to navigate his way through being the leader of the Catholic Church while simultaneously battling his own inner struggles.

One would think a series about papacy would be a dramatic show full of serious dialogue, but that’s not the case with The Young Pope. Writers made sure to input some humorous moments here and there, like the time Sister Mary (Diane Keaton) wore a T-shirt that said, “I’m a virgin but this is an old shirt.” Then there was the episode where Lenny was trying on robes while the song “Sexy and I Know It” blasted in the background. Hey, even popes and nuns have to let their hair down and have fun sometimes, too!

6. The Show’s Inspired By a Real Pope

Although Pope Pius XIII is a fictional character, he was inspired by none other than former Pope Benedict XVI. When the show’s creator discovered Benedict enjoyed a cigarette or two after Mass, he knew they had to add this trait to Law’s character. The actor called it a “wonderful detail” that added much more depth to the series.

7. It’s All About the Costumes

Jude Law realized how powerful his costumes were when he finally put on his robe. Whether it was the decorative robes or the regular white ones, Law said they had a “great impact” on him bringing the character to life.

8. The Naked Scenes Hold Much Meaning

HBO shows aren’t strangers to a little bit of nudity here and there, and The Young Pope had its fair share of naked scenes. Law bared it all in two different scenes that held much meaning to the development of the character. He told PEOPLE magazine that director Paolo Sorrentino wanted to show the character Lenny naked to signify him as a man. Later, when he donned the robe, it was meant to signify his transition from an ordinary man into the leader of the Catholic faith.

9. Law Can’t Relate to His Character

Actors are accustomed to portraying characters they can’t relate to, and Law is no different. He admitted there wasn’t much he had in common with the Pope, especially his ideas about homosexuality and his treatment of people. He said it wasn’t always nice playing someone who was “so brutal.”

10. The Vatican Has Yet to Respond

While the entire show centers around Vatican City, the headquarters of the Roman Catholic Church has yet to speak out publicly about the series. Most shows receive some type of backlash from religious groups and other advocacy organizations, but the show was able to be aired and concluded completely unscathed.