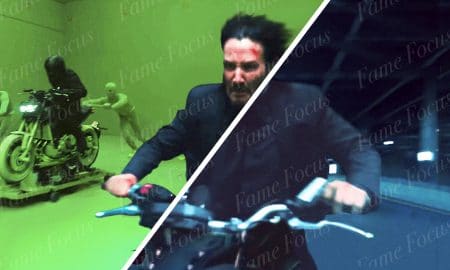 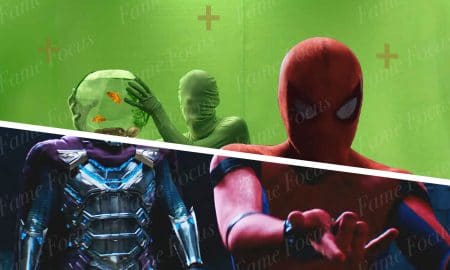 The 2018 Ant-Man and the Wasp was certainly full of all sorts of VFX challenges, what with our heroes shifting from big to tiny to huge, and being transported to the quantum realm, as well as creating a load of realistic life-size ants. No, to achieve all of this back in the day before VFX got so good would have been too much of a challenge. Forced perspective and other camera trickery can only get you so far. But what if you want to go quantum?

Responsible for 200 shots, Cinesite’s Montreal team spent 8 months on delivering six key VFX sequences for the movie. One of which being the sequence where 20 huge trap-jaw ants are working on the ‘quantum tunnel’, using power tools and carrying props around Dr Hank Pym’s laboratory.

Cinesite were mainly responsible for bringing those massive ants to life.
To do this, they did extensive research in order to create a library of various realistic walk cycles, in various poses so that they could move and interact with their environment at a larger scale in a more natural and believable way.

Now, due to the natural smooth texture trap-jaw ants have, the CG ants easily ran the risk of looking too pristine and plasticy. So, to better define roughness, subsurface scattering and light transmissions were added by the look development team.
Different thorax proportions and head shapes were given for the audience to better distinguish between the ants.

But it doesn’t just stop there.
The realistic translucency of the ants’ bodies was designed to vary from ant to ant depending on their age. This was done by including internal shapes in order to simulate the thickness of a real ant’s skin, which is otherwise known as chitin, and help the shading work.

Many shots of the set featuring the ants on the upper and lower floors inside Hank’s lab were actually expanded further with CG
Various props were also added to the scenes, like these AA batteries, for example…
And, in some cases, removed and replaced with animated CG versions to allow for better interaction between the CG ants.