Hollywood VFX That You Didn’t Notice Were CGI 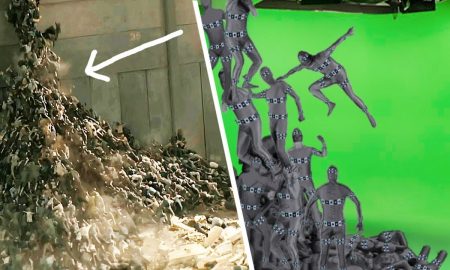 Hollywood VFX That You Didn’t Notice Were CGI

Born under unusual circumstances, Benjamin Button (played by Brad Pitt) is a character who actually ages in reverse, starting of as an old man who ages…well, who ‘youngers’, is that a word? Well anyway, he basically gets younger as the movie progresses. Now, usually to achieve a drastically younger or older version of the lead character, movie makes simply cast a similar looking older or younger actor to play those parts. But what’s so special about The Curious Case of Benjamin Button is that it was Brad Pitt the whole way through! Well, kind of. Here’s how they did it.