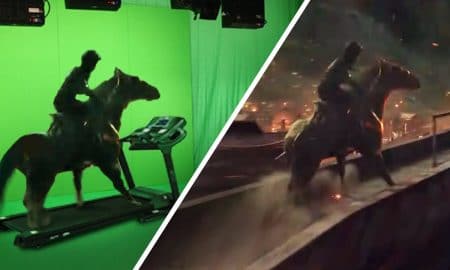 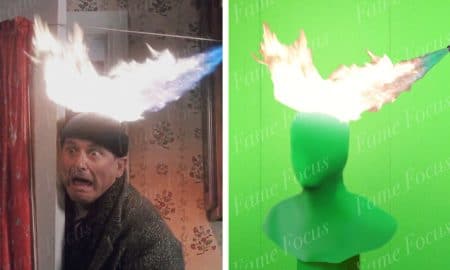 What with being responsible for the highest-grossing R-rated movie of the 1999’s, when it comes to action movies, the Wachowskis certainly know how to dream up a masterpiece. But with great imagination comes great need to figure out how the heck you’re gonna make something that isn’t really physically possible look real.

Nowadays, for most FX you’d just boot up a PC and “hey presto” a fully digital photo-real Spiderman double! Ok, it’s a little more involved than that and we’re not saying that VFX don’t require a huge amount of very talented people who are ever expanding the possibilities of what can be done on a computer.
However, back in the late 90’s when directors Lily and Lana Wachowski were making their first instalment of ‘The Matrix’, computers weren’t so powerful. But, despite that, they still managed to push the boundaries of what could be done at the time.

And that’s what we’re going to talk about right now in this SFX breakdown of ‘The Matrix’.

For those of you who prefer to read, rather than watch videos, here’s the transcript…
It’s no surprise that the first effect we’re going to be talking about is the one known as ‘bullet time’. Not only is it the most famous one, used 4 times in the movie, but it’s also one that happens right at the beginning of the movie.
And before you go skipping this part because you’ve already seen how it was done’ using a bunch of cameras lined up in a circle behind a green screen
Let me just say that what may seem obvious at first glance, is often more involved than what you may have imagined.
Ok, they were definitely suspended on wires for this shot but you get the idea; the bullet time effect was way more involved than just the obvious ring of cameras.

Just look at the difference between the fast and jerky footage picked up by the cameras and the slower, much smoother, final edit!

This shot, in particular, has 120 still cameras taking photos in succession.
Now, seeing as the standard playback rate for a film is usually 24 frames per second, the 120 photos captured by the cameras would only last 5 seconds. However, in the final version, it’s a lot slower, lasts about 10 seconds, seems to speed up and slow down in places AND looks way smoother! So, how did they do this?

Well, before they even began setting up cameras they needed to first create a 3-dimensional computer-generated simulation of the scene. This then gave them all the information they needed in order to then set up the shot.

Information such as; where to put the cameras, how far to space them apart, what frame rate to shoot at…

But even with all of that, getting all the cameras set up with the correct focus adjustments that would have needed to gradually change as the camera comes closer to the subject and getting them to all point exactly in the right place must have been quite tricky, hence the wobbliness.
So they had to adjust frames and slightly warp other ones in post-production to smooth things out a bit.

Next question; how did they control the speed of the camera movement?
Well, seeing as the sensation of the camera moving around Neo is actually an illusion created by placing one camera after another in a ring and then having them take photos in succession at a constant interval, increasing the space between the cameras would allow it to ‘travel’ further in the same amount of photos. So, to speed sections up, they set them further apart and to slow them down they bunched them closer together.

And, finally, to make the shot even smoother, and slower,” they used a process that digitally created additional artificial frames based on an approximation between each existing real frame. “This process is called interpolation and is what they used to add that buttery smoothness and extra slow motion, making the shot last twice as long.

After that, they tracked the whole shot to a 360º computer-generated environment, using the actual on-location photographs for the texture.

The only problem with this shot is, while dodging the bullets, Neo manages to make his guns disappear too… Here he is throwing them on the floor and then they’re gone and they’re back again! Maybe they momentarily disappeared due to some kind of glitch in the Matrix from him moving too fast, or something… Yeh, that’s what it was. That makes me feel better… Not a mistake at all…

If anyone can come up with a better explanation for this, please let us know in the comments, we’d love to hear

For the scene in which the agents plant a tracking ‘bug’ inside Neo, a combination of CGI and animatronics were used. The shots where the bug is being placed on Neo’s stomach were CG while this animatronic torso was used for the shots where we see the bug wiggling its tail just before entering and later on for the bug moving under the skin before being removed.

One of the reasons why most of the effects in this movie still look convincing today is down to the well made decisions on when to use CGI or other post-production techniques and when to use practical effects.

A nice example of this is when Neo’s on his way to see the Oracle and looks through the car window. Rather than use a green screen and edit in the moving footage in post-production, they used some good old fashioned rear projection, projecting pre-recorded footage of the moving background on a canvas outside of the stationary car. This was done deliberately to give the Matrix a sense of fakeness to complement Neo now seeing the Matrix as something that is not real.

The shootout scene in the lobby was another masterpiece of practical effects, pyrotechnics, wirework and well-choreographed ‘gun-fu’. And as if the place wasn’t quite destroyed enough, they top it off by blowing it all up. The shot, that is, as it was actually a scale model of the set, only, scaled-down and upside down, in order to get the flames to appear as though they’re spreading along the lobby floor. And, for the elevator door, well… that; they created digitally.
And even though the pillars all appear to look brand new again, it still makes for a nice blend of Practical FX and CGI.

Another example of a nice blend between CGI and practical effects was the helicopter crash scene.
This was comprised of several plates, or layers, all tied together with the help of some CGI.
Let’s walk through this sequence and see how it was put together…
First, we have a stunt guy being pulled along the rooftop on location. Next, Trinity in the chopper with CG background. Then a shot of a hollow rope with a squib going off inside. You can also see how the gun fires before the squib explodes, here.
Next Trinity in front of a green screen and now we start to get more layered.
We have Trinity on a rope, the model chopper, Neo on a green screen and the CGI building.
Then the model chopper and CG background. Back to the multi-layered shot and then we have an awesome mix of CGI and practical pyrotechnics with a nice camera wobble/rumble effect on the final composite. Now a practical FX explosion plate on top the GC building with more rumble and a plate of Trinity swinging in front of a sheet of glass on top. And, finally, back to the previous multi-layered shot with post-production rumble, finishing with Trinity facing the other way in front of the glass and green screen.

Like the music in this video?
Get it on itunes:
https://itunes.apple.com/us/album/monkey-business-single/1451371572?app=itunes&ign-mpt=uo%3D4