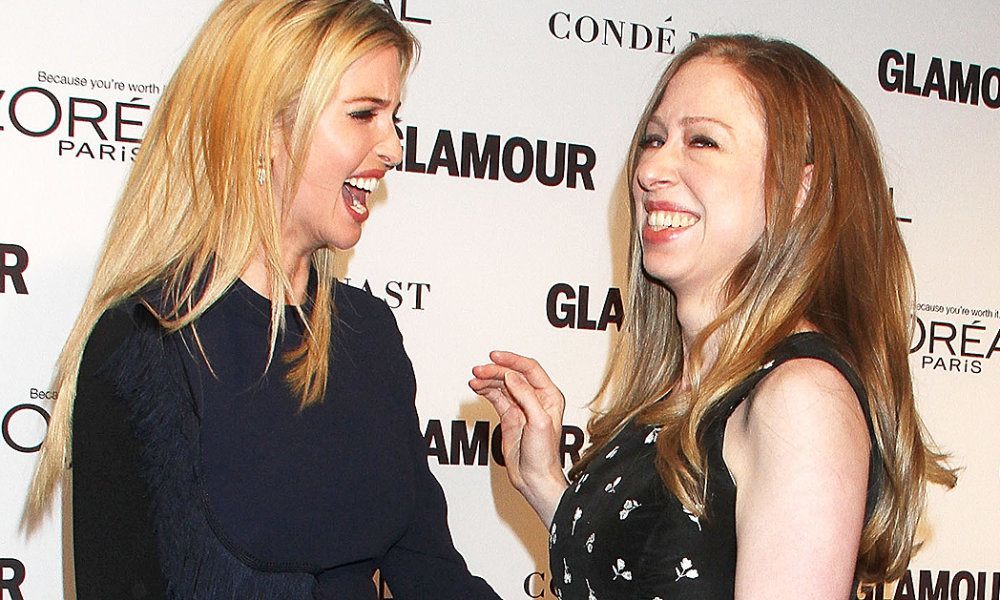 Ivanka Trump has been in the spotlight most her life. That’s just what happens when you’re the daughter of real-estate tycoon turned reality TV star turned presidential contender, Donald Trump, who has never shied away from the spotlight. Not only is she photogenic and social-media-savvy, she’s a poised, articulate, successful businesswoman who has earned accolades on her own merits, although she admits she was presented with great opportunities because of her father. Still, we’ve seen many a tycoon’s kid go down a lesser path growing up with excessive wealth, so it’s a credit to her that she’s kept her head on her shoulders. Today she is happily married and expecting her third child any day now, in the midst of all her dad’s campaign hooplah. Here are a few facts about The Donald’s daughter you might not know.

In July 2009, Ivanka converted to Judaism when she married her husband, Jared Kushner. She completed her orthodox conversion with Rabbi Eli Weinstock four months before her marriage, and took the name Yael. She and her family keep kosher and rest on the Sabbath. She has said, “Once a week I totally disconnect. No emails, no television or internet, from Friday evening until the end of Shabbat.”