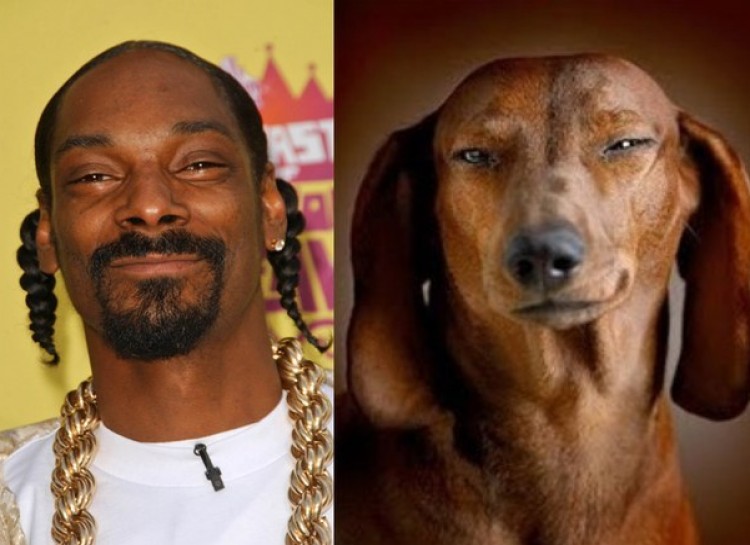 The 85-year-old Oscar-winning director looks just like this pissed off monkey. It’s the same face he made last year when he lost Best Motion Picture for American Sniper.

The Lethal Weapon actor is known for his manic behavior and outrageous expressions. I’m not sure whose eyes look crazier?!

The Twilight hunk has the same dark features as this adorable alpaca.

It’s very stressful being a world-renowned chef, so it’s no surprise that the Hell’s Kitchen star has more wrinkles than a Shar Pei.

The slim and slender Imitation Game actress’ animal doppelgänger is this giraffe with plenty of attitude and luscious lashes.

Just more proof that Anderson Cooper is the definition of a ‘silver fox.’ Okay, that’s a wolf, but you get the point.

Wallace Shawn is best remembered for his role as the lovable Mr. Hall from the Clueless series. His clueless expression here matches him up perfectly with this smug seal.

There’s no denying that Sofia Vergara is one of the most beautiful women in the world, but there’s also no denying that when she laughs she looks just like a cackling hyena.

This seal is making the same expression Dr. Phil makes when he earns $80 million a year for offering very obvious advice to his “patients.”

Nicki Minaj is famous for her over-the-top hairstyles and this fish is giving the “Anaconda” singer a run for her money in the primping department.

Which one is Richard Branson?