Find Out Which Starstruck Celebs Heart the Pope 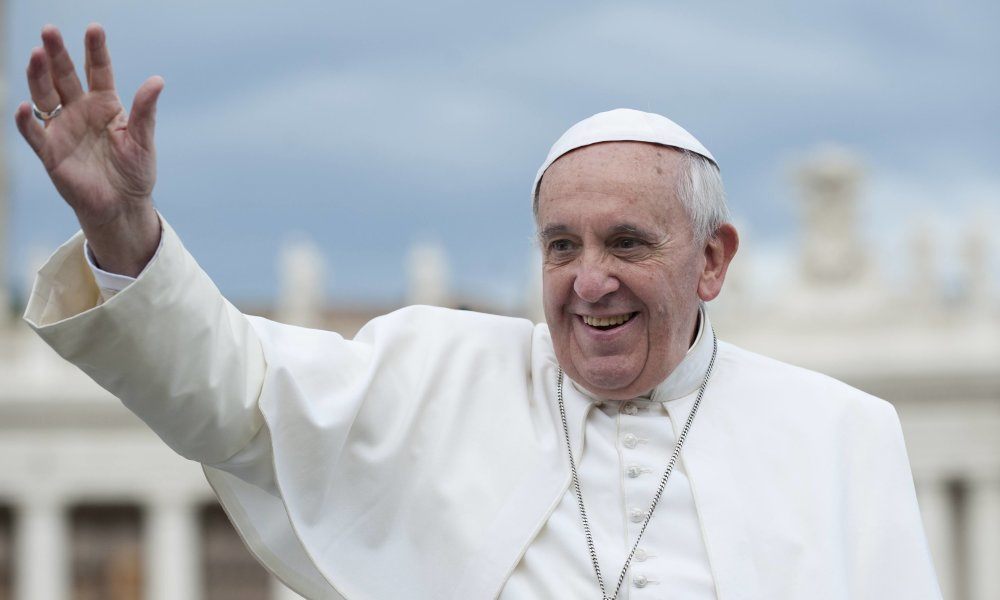 Hollywood is going gaga over the Pope, who is currently on his first official visit to America. Stars’ Twitter and Instagram accounts are abuzz with praise for the popular pontiff, you’d think he was the second coming of Beiber or something. Pope Francis seems to be a cross-over hit with Catholics and non-Catholics alike. Folks of all faiths seem to appreciate his moderate, progressive stance on certain issues even some atheists and agnostics are fans. Check out which A-listers are crushing on the Pope.

The Pope really taking time to engage & hug & shake the hands of people outside The White House making their lives. #sweetpope @TODAYshow

Olivia Pope is a fan of the Pope:

This Pope is special. Love his style & fearlessness. #francis

Jewish Jon Stewart joked on The Daily Show broadcast, “OK, that’s it – I’m converting. I love this guy” after hearing a clip of Pope Francis dropping an Italian F-bomb during an address.

Russel Crowe, after meeting Pope Francis in 2014, declared, “I’m not Catholic, and I’ve never felt any connection with any previous Pope, but I like this guy… He’s changing the tone of the way you regard the Pope and I think it’s a magnificent thing.”

This new pope is like the Floyd mayweather of popes.

He later upped the ante by tweeting:

I might be crazy but I got this weird feeling that the new pope might be the greatest man alive.

Seems Snooki’s a big fan, too:

Even actress/activist Jane gave the pontiff the proverbial thumbs up:

Jim Carrey, who played God in Bruce Almighty, had this to say:

I’m not religious Pope Francis @Pontifex but I like the cut of your jib! ;^] pic.twitter.com/1iEMoyQHCu

Tell us what you think of the Pope in the comments below. Are you on Team Francis?