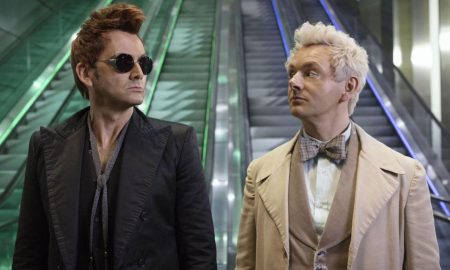 It’s no secret that most TV shows have to keep bringing in fresh blood if they want to keep fans interested. Series’ writers can put the best lines ever written in the hands of the world’s most talented ensemble cast, and fans will still lose interest if you don’t mix in new faces. Heck, sometimes producers have to mix in new characters to mask the fact that some of the original characters are awful. Michael B. Jordan’s Vince Howard breathed new life into the fourth and fifth seasons of Friday Night Lights. Adam Scott’s Ben Wyatt and Rob Lowe’s Chris Traeger joined Parks and Recreation at the end of the second season and helped elevate the NBC series to new heights. Then, there’s the other end of things, the Cousin Oliver of it all. The inclusion of a bad character (or a bad actor) can really detract from an otherwise great series. Sometimes they show up late; sometimes the bad seeds are there from the beginning. Here are some of the worst offenders in TV history.

Just for those people who aren’t aware of the trope, this blonde, little moppet joined the family series in 1974, its last season. Funny enough, The Brady Bunch was already officially canceled before Oliver even showed up, so his inclusion whether it was awful or delightful (it wasn’t delightful) didn’t make a difference in the show’s future. That said, the kid’s timing was so horrible — he didn’t show up until the series’ last six episodes — that Cousin Oliver has long been blamed for the end of The Brady Bunch.

When it first aired in 1998, Dawson’s Creek looked poised to take the teen soap opera throne from reigning champs Melrose Place and Beverly Hills, 90210. There was a plucky tomboy, a misunderstood bad boy, a misunderstood bad girl, and then there was freaking Dawson, the wholesome, flavorless nougat at the center of the series. Endlessly self-obsessed and brooding, Dawson very nearly took the wind out of the series’ sails. Fortunately, Pacey was nailing his teacher, so Dawson’s Creek had that going for it.

How I Met Your Mother easily ranks among the best sitcoms of the last twenty years. The chemistry between the show’s five main characters is electric, and for the most part, their individual storylines are hilarious and compelling in equal measure … with one major exception. Series star Ted Mosby (played by Josh Radnor) begins the series as a charmingly quixotic New Yorker in search of his future spouse. Then, as HIMYM drags on, Ted’s charm becomes a little bit pervy — especially when you consider that he’s telling his kids the story of all the chicks he banged when he was single. The rest of the cast stays excellent, but Shmosby gets tiresome.

Okay, yes, we get it. Betty Draper has been cultivated her whole life to be a pretty little flower with no opinions and no feelings. Unfortunately, the job only half-worked, because Betty has lots of opinions but very few feelings. Don Draper’s first wife proves herself unfailingly selfish, routinely neglectful, and — worst of all — super duper annoying. As TV characters go, Betty is pretty tough to like, no matter how well written the series was.

She may have gone on to sitcom superstardom, but when Kaley Cuoco was first getting her feet wet in the blonde girl market, she landed a role on what would become the last season of Charmed. In all honesty, the series focusing on three modern-day witches was never amazing, but Cuoco’s presence managed to drag it down a few more rungs. Cheesy one-liners, a cardboard performance, and a bogus storyline conspired to make Billie one of the series’ most reviled characters.

The 1980s incarnation of Star Trek is arguably its best. The often high-minded adventures of the USS Enterprise were extremely popular among fans, especially those who found themselves falling in love with the ship’s steely-voiced captain Jean-Luc Picard. There was, however, one notable exception to the show’s excellence: token ship kid Wesley Crusher, the son of the ship’s otherwise kick-ass doctor Beverly Crusher. He was whiny, obnoxiously upbeat, and endlessly inquisitive in ways that made it seem like Wil Wheaton (the actor playing him) was on an episode of Mister Wizard.

In all fairness, there was no way a single actor could make up for the loss of That 70s Show’s two most popular characters — Eric Foreman (Topher Grace) and Michael Kelso (Ashton Kutcher) — but when the producers hired Josh Meyers as record store clerk Randy Pearson, it looked like they weren’t even trying. Fans of the series immediately disliked him; writers responded by marginalizing the character as the series’ eighth and final season dragged along.

3. The Different Bosses and New Employees of ‘The Office’

When Steve Carrell chose to leave the role of Michael Scott at the end of the seventh season of The Office, the series probably should have just shuttered the Sabre (nee Dunder Mifflin) office. NBC gambled on the combined talents of the rest of the (admittedly impressive) ensemble cast to keep audiences interested. What they got instead was a desperately unfunny, increasingly melodramatic series that had no rudder. The more bosses they threw at the series — Will Ferrell and James Spader among them — the more depressing The Office got. The once great NBC series limped forward for two more seasons, but it was never the same.

The West Wing was brilliantly written from the pilot forward, but the show’s first season has a notable anchor around its neck in the form of fast-talking snooze-fest Mandy Hampton. Fortunately, Aaron Sorkin chose to bump Kelly after one season and elevate Janel Moloney’s Donna Moss to series regular.

If you never believed that a cartoon could jump the shark, watch Scrappy Doo make his entrance on Scooby Doo. Not even the most rigid formula in the history of television could save the sleuthing series when this aggressive little pip squeak joined his cousin Scooby for some adventures. Scrappy’s constant need to kick the crap out of whatever was close by was far from endearing. He’s the only puppy in cartoon history who isn’t cute. Scrappy Doo is so hated among the show’s fans that he was made the villain of the 2002 live action film.