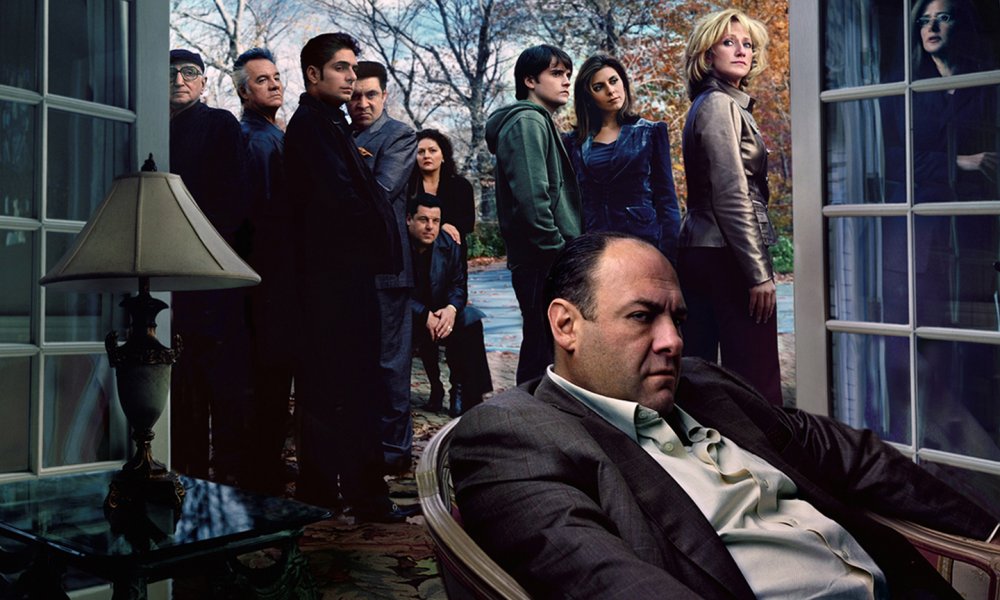 When David Chase and HBO launched The Sopranos in 1999, few people had any idea that the critically lauded mob drama would not only launch HBO into the realm of legitimate TV-maker, it would influence modern drama in the decades to come. Chase’s interchangeably soulful and unflinching look at the life and times of a New Jersey mob boss named Tony Soprano. Over the source of six seasons, several mistresses, tons of existential philosophy, and more dead bodies than you can bury in a Jersey landfill, The Sopranos proved that thought-provoking TV didn’t have to be boring. For everyone who thrilled at Tony Soprano’s dark journey, here are some things about the iconic television show you may not know.

1. James Gandolfini Got Real World Advice, Whether He Wanted It or Not

As the star of The Sopranos, James Gandolfini received rave reviews from critics in both worlds. According to the star, he was often contacted by real mobsters who would both praise his performance and offer him some tips on how things really got done on the streets.

Fans of The Sopranos would likely find it hard to believe that the show’s iconic opening sequence was set to be scored by a different song every week, not the highly beloved “Woke Up This Morning” performed by Alabama 3. Fortunately, HBO execs said that Chase’s fans would want to be able to identify with the opening theme, a task that would be more difficult if Chase switched the music week after week.

Though he played a tough guy on screen, few modern actors had a reputation for sweetness quite like James Gandolfini. Case in point: when salary disputes became heated at the end of season four, Gandolfini volunteered to give every cast member $33K from his own pocket.

4. The Gun in the Logo Almost Didn’t Make It

There’s no telling what font or design they might have chosen for The Sopranos, but since HBO was concerned that audience members would mistakenly believe that the show was about musicians, designers were sure to include a little taste of violence right in the title. Hence the gun.

Fan-favorite Paulie Gualtieri was played to perfection by the lovable Tony Sirico, a man who brought real authenticity to the role. Sirico had served time in prison for a robbery, a term that ranked as one arrest on a rap sheet totaling twenty-eight. He was so true to his character that he reportedly only took the job if he could be guaranteed that his character would never turn out to be a rat.

6. Lorraine Bracco Was Originally Offered the Role of Carmela

Before shooting began, Chase offered the role of Tony’s wife, Carmela Soprano, to Lorraine Bracco — the actress who originally shot to fame because of her breakthrough role in Martin Scorsese’s Goodfellas. Bracco, however, requested the part of Tony’s shrink, Dr. Melfi, because she felt that Carmela was too close to her Goodfellas role.

In a scene in the pilot, Tony is seen wearing some shorts. After the airing, James Gandolfini was reportedly told by a real-life mobster that he shouldn’t wear shorts again. This incident played out in the season-four premier when a visiting New York mob boss tells Tony that “dons don’t wear shorts.”

8. Improvisation Was Not Allowed on Set

As showrunner, David Chase was adamant that his unified vision for the series was adhered to without deviation. As a result, he didn’t allow his actors to improvise any lines on the set, and possible changes were discussed with David Chase before they ever saw the light of day.

9. ‘The Sopranos’ Was Almost a Movie First

Originally, David Chase was hoping to use his writing skills to get into feature filmmaking. With that in mind, he wrote the original pitch for the series as a movie. The film followed a brief time in the life of a mobster who was forced to visit a psychiatrist. Chase’s agent was a huge fan of the concept and believed that the characters deserved as much screen time as possible. So, he asked Chase to help turn it into a series idea.

Over the course of filming, David Chase was sure to include several real-world New Jersey businesses. In one case, his inclusion of Ramsey Outdoor in Paramus, New Jersey included a scene in which the sports store was closing down. The scene got such a huge response from locals that the store’s owners had to take out ads to explain that they were not actually closing. The shop is still open to this day.

11. Dealing With Some Mommy Issues

Any fan of the series knows that Tony Soprano’s relationship with his mother is one of the most acidic parts of the mobster’s life. Chase has reportedly stated that their tumultuous relationship was mirrored in Chase’s relationship with his own mother. The issues between Tony and his mother, Livia, were supposed to get even more complicated in season three as Tony struggled to stop his mother from testifying against him. Unfortunately, the actress who played Livia, Nancy Marchand, passed away after the end of season two.

12. Drea de Matteo Could Spend Up to Four Hours in Makeup Every Day

In order to look like the perfect mob babe, Drea de Matteo would spend at least two hours in the makeup chair so the hair designer could get her do just right. If she was in a shot in which her arms were revealed (so, basically all of them), de Matteo had to spend another two hours in makeup having her real-life tattoos covered and fake ones applied.