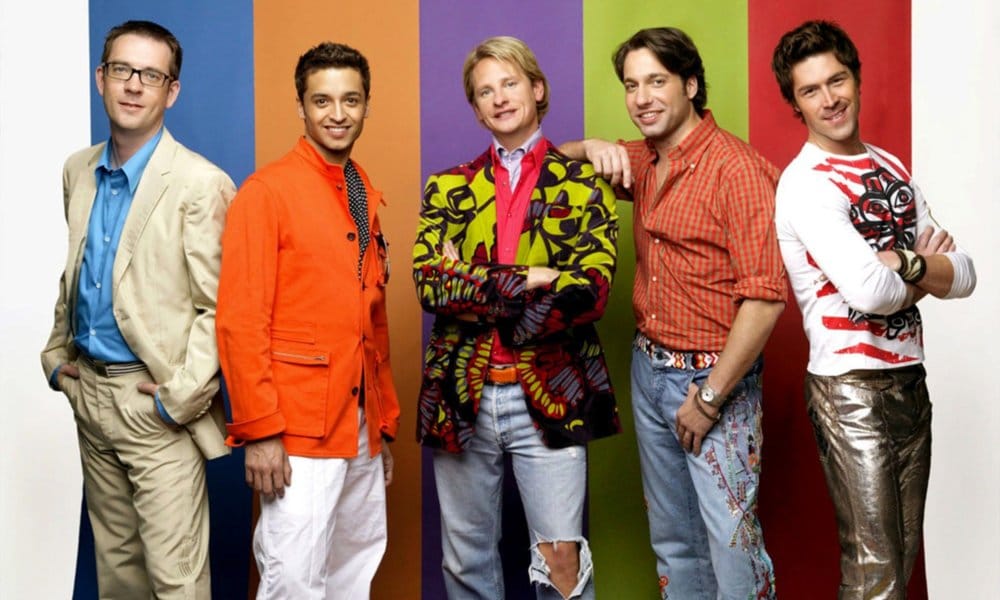 The groundbreaking show Queer Eye for the Straight Guy, where five gay men helped to revamp the lives of heterosexual men, has been given the green light for a Netflix reboot. The program, which ran from 2003-2007, will be revived with the help of a brand new Fab 5 to “Make America Fabulous Again.” The new cast members have yet to be revealed, but we’re still excited to see this new crew’s take on heterosexual man-makeovers. While we wait for the series to premiere, we can’t help but reminisce about the original show and its cast members, who stole our hearts one makeover at a time. Here are 15 lesser-known facts about the series.

1. The Show Was One of the First to Make an Impact on Straight People

QEFTSG definitely made waves in the LGBT community, but the show transcended sexual orientation and was able to become a favorite among all television viewers. The impact the show had on straight people’s lives was evident. The Fab 5, consisting of Ted Allen, Kyan Douglas, Thom Filicia, Carson Kressley and Jai Rodriguez, definitely made the show an instant hit. It became less about their sexual preference and more about their lively and upbeat personalities.