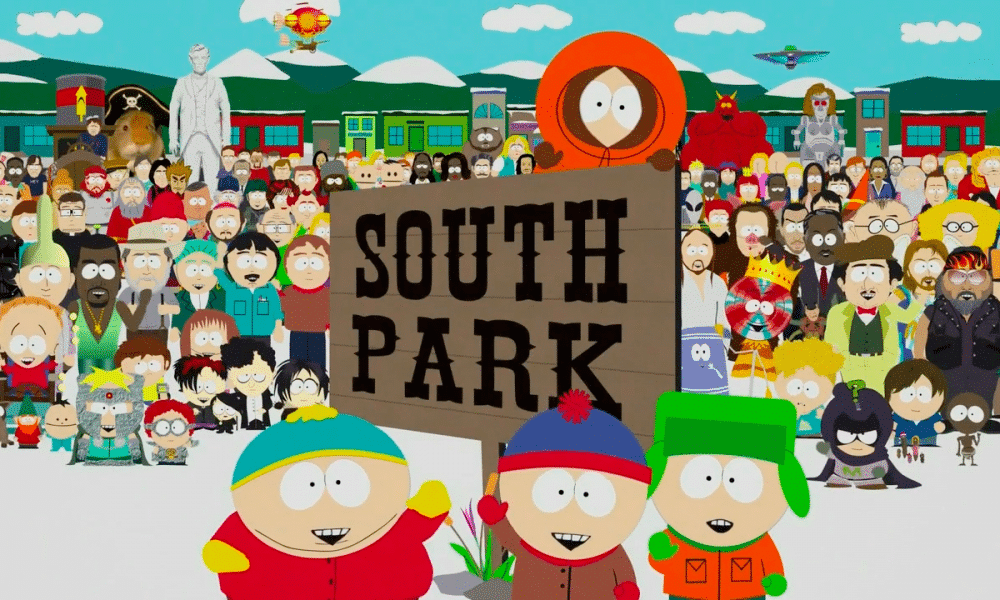 Sure, Matt Groening’s yellow family from Springfield was the first to break through the glass ceiling of adult animation, but it wasn’t until nearly a decade later, in 1997, that two guys from Colorado completely changed the game with their incisive, acidic, smart cartoon, South Park. Though it might appear that the R-rated shenanigans of four nine-year-olds from a mountain town in Colorado is focused solely on fart jokes, but the show has consistently demonstrated a razor-sharp social commentary time and again. There are also, admittedly, a lot of fart jokes. If you’ve been following the maniacal adventures of Stan, Kyle, Cartman, and Kenny since their first run-in with a UFO, there’s still plenty you may not know about this landmark series.

Trey Parker and Matt Stone have leant South Park a few real world details throughout the run, and that extends to one of the show’s most beloved characters, Chef. The boys’ original go-to advice guy was actually based on a real dining hall worker at the University of Colorado who worked there while Parker and Stone were students.

2. The Many Deaths of Kenny McCormick

In the late 90s, one Canadian mother filed a complaint with Canada’s equivalent of the FCC. She was concerned over the trauma that was being inflicted on her son — who’s name was Kenny — as a result of the weekly mutilations of South Park’s own unfortunate scamp. The request was quickly thrown out.

Long before he became one of the most famous maverick performers on TV, Trey Parker once caught a former flame with another man. He got his revenge by naming South Park’s most wanton character — Liane Cartman — after his cheating fiancé.

4. Keeping it in the Family

Stan’s family — his parents Randy and Sharon and his sister Shelley — are named after Trey Parker’s real-life parents and older sister. Kyle’s parents, Gerald and Sheila, are also named after Stone’s parents.

5. Kenny Used to Curse in the Opening

For two glorious seasons, Trey Parker and Matt Stone were able to have their hoodie-wearing miscreant, Kenny, utter some pretty crude statements during the show’s theme thanks to his muffled voice. Then, the censors got wise and the show had to change it.

6. Terrence and Phillip Are a Giant F-You

In the show’s early run, there were some misguided people who thought they could change Parker and Stone’s show with complaints. South Park received innumerable complaints that the show was nothing but bad animation and fart jokes. In order to show how much those concerns meant to them, Parker and Stone created Terrence and Phillip, a show that’s even more poorly animated and is actually just a series of fart jokes.

7. Most of Cartman’s Lines Are Improvised

Trey Parker is the voice of Cartman, and he supposedly improvises a lot of Cartman’s dialogue. The creator has repeatedly said that Cartman is his favorite character on the show.

8. They Stuck Their First Emmy in Poo

In order to celebrate their 2005 Emmy win for Outstanding Animated Program, Trey Parker and Matt Stone included a special plug at the end of one episode in which their Emmy had been covered in cartoon poop. Because that’s how much they care about awards.

If there’s one person on South Park who never manages to come out on top, it’s Leopold “Butters” Stotch, the kid everyone hates. Even his weirdly totalitarian parents seem to have it out for poor Butters. He was even cursed with the worst possible birth date ever.

For the “Most Swearing in an Animated Series” in TV history. It’s a dubious distinction that still fits the show like a glove.

When South Park became famous, the addition of every new character was greeted with a big marketing and merchandising push from Comedy Central. In order to combat that trend, Parker and Stone tried to think of the dumbest character possible, something that couldn’t possibly sell. The result was a stoned-out talking towel.

12. The Show Isn’t as Uncaring as You Might Think

In 2009, Eric Cartman was set to have an adventure in which he went off to Somalia to become a pirate (the whole thing ends with an assault by Seal Team 6). The same week the episode was set to air, a similar situation occurred in which a boat captain was taken hostage by Somali pirates. Parker and Stone chose to delay the show’s air date in order to avoid the appearance of mocking the harrowing situation.

You just can’t hear it because Matt Stone records the dialogue while talking into his hand or using a sleeve.

14. They Wanted to Kill Kenny Off in Season Five

Perhaps because they got tired of thinking up gruesome new ways to kill Kenny off each week, or perhaps because they thought the gag had run its course, Trey Parker and Matt Stone decided to kill Kenny off in Season 5 … then they decided to bring him back when they realized that he was a giant part of the show. Since his “resurrection” he’s been killed off from time to time, but it’s hardly the definite happening that it once was.

15. The Pilot Was Made in Stop-Motion Using Paper Cut-Outs

Every other episode has used computer graphics to render the animation, which allows South Park to respond with lighting speed to current events. In 2001, the show was able to lampoon the Electoral College crisis during the Bush-Gore election while the controversy was still going on. South Park’s animated contemporaries take several months to get a hand drawn show in the can.