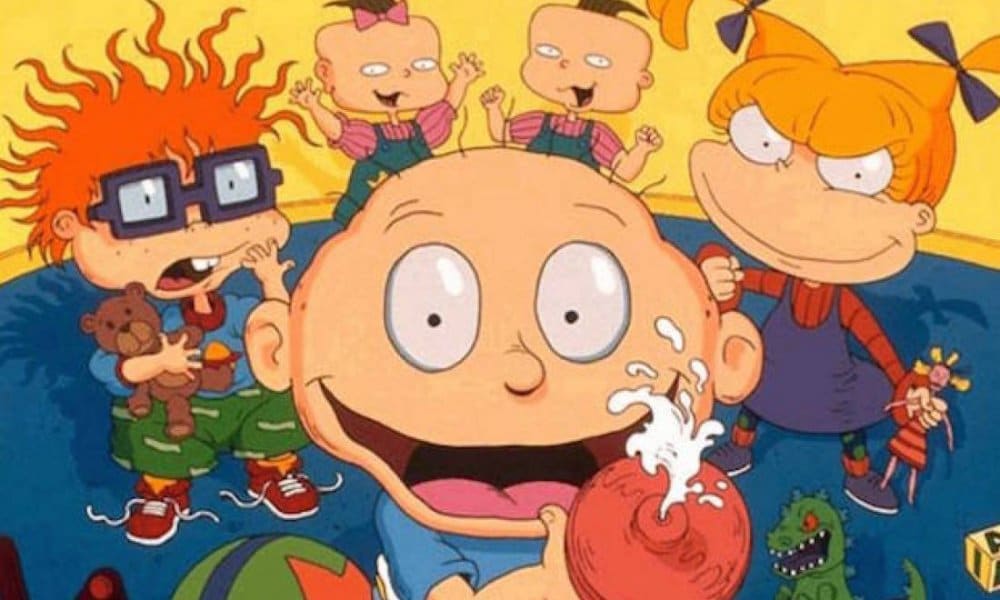 For several seasons, Rugrats held the record for the longest running animated show on Nickelodeon. Then, in 1999, a naive little sponge began its still running series, dethroning Rugrats.

3. Every Member of the Main Cast is Voiced By a Woman

Though she had a change of heart once the Rugrats Movie aired, one of the show’s primary creators, Arlene Klasky, wasn’t a fan of Angelica. She thought — rightfully so — that the toddler was a bully. Angelica was created by Paul Germain, who based her on a bully from his own childhood.

5. Chuckie Is Based on Mark Mothersbaugh

6. It Was the First Nicktoon to Be Turned Into a Feature Film

Rugrats was so immensely popular that Nickelodeon eventually decided to turn it into a full-fledged movie. In 1998, The Rugrats Movie was released to solid critical acclaim. What’s more, the movie was the first non-Disney animated film to pass $100 million at the box office.

7. The Friendship Between Tommy and Chuckie Is Based on Kirk and Spock

When looking to influences for the friendship that develops between Tommy Pickles and Chuckie Finster, they went to old school science fiction and based the relationship on the unlikely friendship between the intrepid James Kirk and his stoic first officer Spock.

8. Chuckie’s Mother Was Depicted as Dead for a Reason

9. The Pickles’ Address Is a Real Place

The Pickles live in California — as evinced by the car’s lcense plates — at 1258 N. Highland in Los Angeles. This address was the real life location of Klasky-Csupo, the company that originally produced Rugrats.

This may not seem like a big deal, but Pat Sajak is also the only celebrity to guest star as himself on all three of Nickelodeon’s original Nicktoons: Rugrats, Doug, and Ren and Stimpy.

11. Angelica Pickles Is Considered One of the Greatest Cartoon Characters of All Time

As the oldest member of the group, Angelica Pickles often takes on the role of villain throughout each episode. And what a villain she is. At once conniving and malicious beyond her years, she is still ever the three-year-old girl, throwing tantrums and bossing around anyone who’s younger than she is. She’s so popular that she popped up at number seven on TV Guide’s List of Greatest Cartoon Characters, beating even Mickey Mouse.

12. The Rugrats Are Immortalized on the Hollywood Walk of Fame

Some of the biggest stars in the history of motion pictures have their names on the Walk of Fame outside Grauman’s Chinese Theater. In 2001, Rugrats added their name to the pile in celebration of the tenth anniversary.

Arlene Klasky, her then-husband Gabor Csupo, and their mutual friend Paul Germain created Rugrats when they were already at work on The Simpsons. Once Rugrats had been picked up, Klasky, Csupo, and Germain continued to work for the iconic series until 1992.

Not only was the show a huge hit with kids and parents alike, it was also an award magnet. Over the course of its impressive run, the show won more than 20 awards, including five Emmys.

15. Angelica Was Difficult to Voice

The actress tasked with breathing life into Angelica, Cheryl Chase, had trouble voicing the little bully at first because she thought the character too mean. Then, one of the show’s writers told Chase to imagine Angelica as the show’s JR Ewing. From there, Chase seemed to have little trouble with the portrayal.