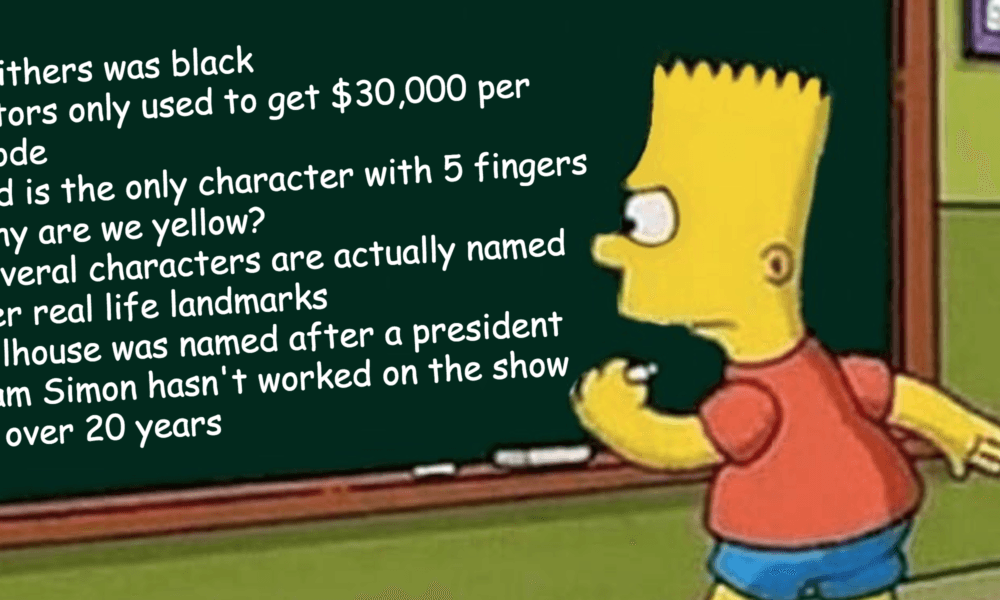 For 27 seasons (and counting), Matt Groening’s modern animated masterpiece, The Simpsons, has thrilled a fanbase that never seems to run out love for the first family of the American sitcom. What began as a side bit on a sketch show no one remembers — The Tracy Ullman Show — the Simpsons have become an indelible part of American culture. Homer, Marge, their three precocious kids, and the entire town of lovable oddballs that inhabit Springfield have become a familiar place in the landscape that are as beloved as they are lauded. Over its nearly three decades on the air, The Simpsons has created a sprawling history for itself both in front of and behind the screen. Here are a few things even ardent fans may not know about The Simpsons.

If you’ve been a fan since the get-go, you may remember that Smithers used to be a black character. As the show went on, the writers decided that a subservient African American character could be construed as controversial, so he took on a yellow hue.