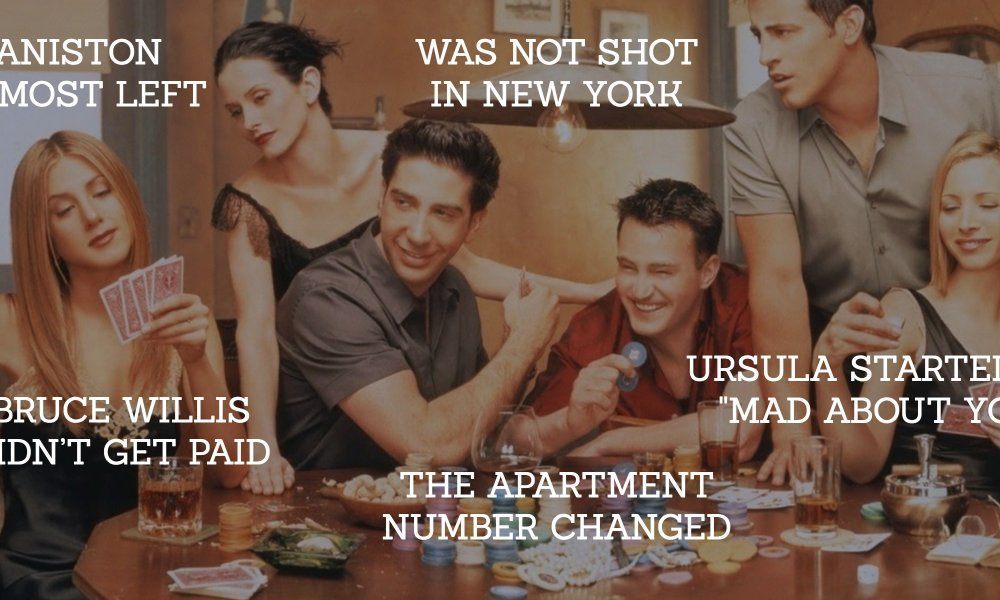 The premise of Friends was pretty basic, really – six young twenty-somethings hanging out in a Manhattan coffee shop apartments talking about love, life, careers and friendship. However, the chemistry of the group and the solid writing catapulted the sitcom into the stratosphere. Friends was in the top ten throughout its ten seasons, hitting the number one spot in its eighth year. When its finale rolled around in 2004 it earned the title of having the most watched television episode of the entire 2000s decade. The series was nominated for 62 Emmy awards in its run, and it’s still extremely popular today. Here’s some behind the scenes dish and dirt you may not know about the beloved show.

1. There were a few titles before they settled on Friends

Sometimes simpler is better, but that doesn’t mean everything starts out that way. Before Friends became Friends it was originally a pilot called Insomnia Cafe. Then the name was changed to Friends Like Us, and Across the Hall was considered. Next it was changed to Six of One, before finally settling on one simple word that encapsulated it all, Friends.