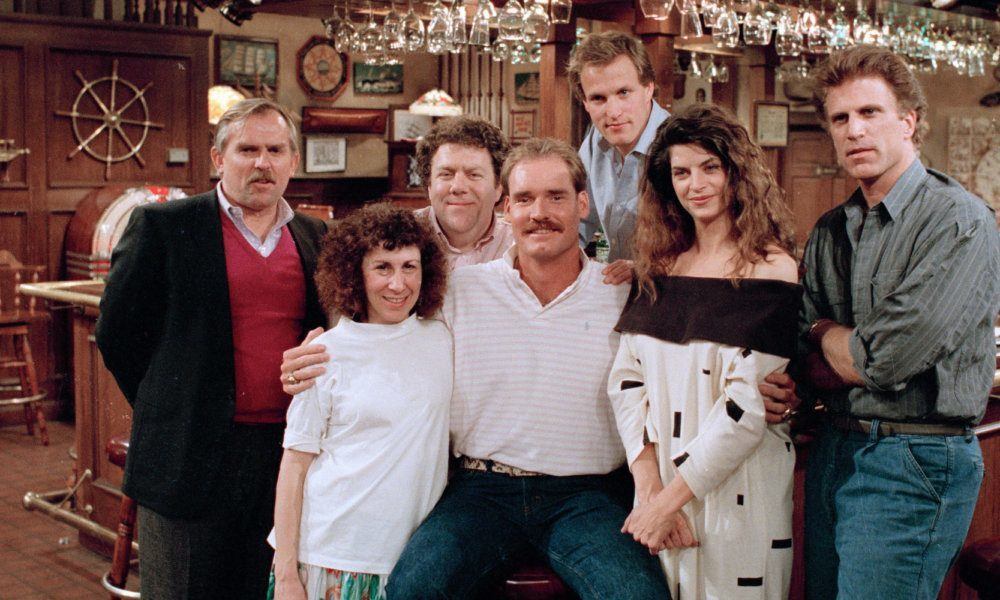 The American sitcom world came alive with the hugely popular show Cheers, which aired for eleven seasons from 1982 to 1993. Anyone who’s ever had a popular hangout spot where they could meet up with friends and drink their troubles away could relate to the series, and with an eclectic cast gracing the screen each week, there was something for everyone. The highly-acclaimed comedy received a record 117 Emmy nominations, 28 of them wins! Was it all a bed of roses though? Let’s check out some of the behind-the-scenes dirt.

1. What Do Sam Malone and Donald Trump Have in Common?

Ted Danson, who played “Sam Malone,” the charming owner/bartender of Cheers, had a lush head of hair, though all of it wasn’t his. Accepting an Emmy without the hairpiece revealed this to astonished fans. Not only that, but initially Danson wasn’t sure what sport his character was going to be great at. Fans would know him as a retired baseball player, but originally he was written in as a football player—but then the writers thought his body-type was better suited to baseball. Danson decided to leave Cheers in 1993 and writers offered Woody Harrelson the main role, but he refused it as Danson was leaving. You probably didn’t notice, but Sam’s first appearance on Cheers saw him enter from the pool room, and in his last appearance, he left through the same pool room—perfect bookends. As for his bartending skills? Danson picked them up after two weeks of bartending school in Burbank, California, while preparing for the role that made him famous.