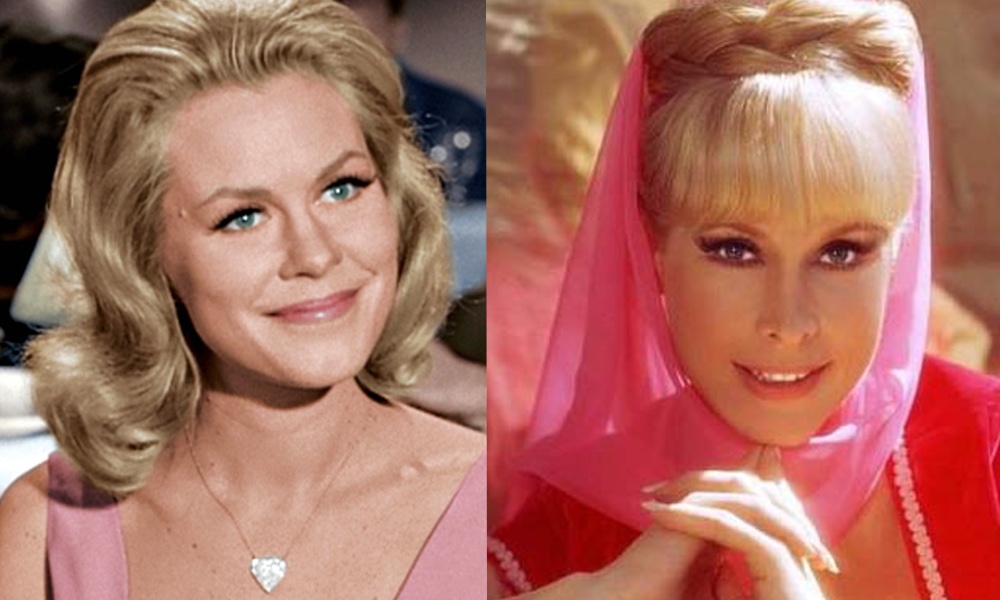 When people ask about the choice between Ginger and Mary Ann, they’re typically talking about what general kind of woman you’re interested in. It’s an archetypal question. When that same question is applied to I Dream of Jeannie’s Jeannie and Bewitched’s Samantha, things can get a little grittier. Both magical women are perky blondes who are utterly devoted to the men in their lives. Both Elizabeth Montgomery and Barbara Eden are iconic sitcom actresses who are simply watchable to their very cores. In other words, it’s a tough call.

I know, that seems like an odd place to start in a comparison of two chicks’ comparative hotness, but it’s still important. In the 1960s, when both shows hit the air, the feminist revolution was in full swing, so each female protagonist’s approach to their lives was of great interest. And here’s the thing: Jeannie spends a lot of her time in a bottle waiting for her astronaut husband to get home. Meanwhile Samantha was a problem solver, constantly overcoming her family’s interference in order to live the life she wants for herself. In that respect, points for Samantha Stevens.