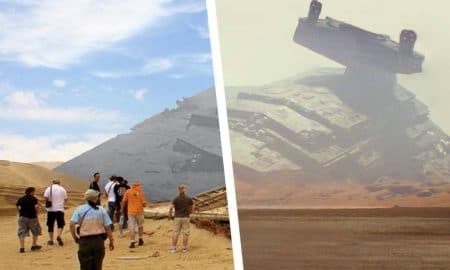 If you watch the credits on any movie you’ll notice the sheer amount of people that are involved in creating a single a movie. You’ve got the cast, camera crew, director, extras, special effects crew, music, makeup… the list goes on. And with so many people on board, the probability of somebody making a mistake is quite high. But, it’s ok because there are also people called script supervisors, who are employed to spot any little whoopsies, making sure everyone says their lines correctly or that there aren’t any continuity mistakes that ruin the scene. But, even they make mistakes and sometimes allow things to slip through the cracks. Also sometimes a director will simply prefer to use a take just because it works better for the scene, even though they know it has a mistake in it, on the grounds that “no one will even notice it’s there.”