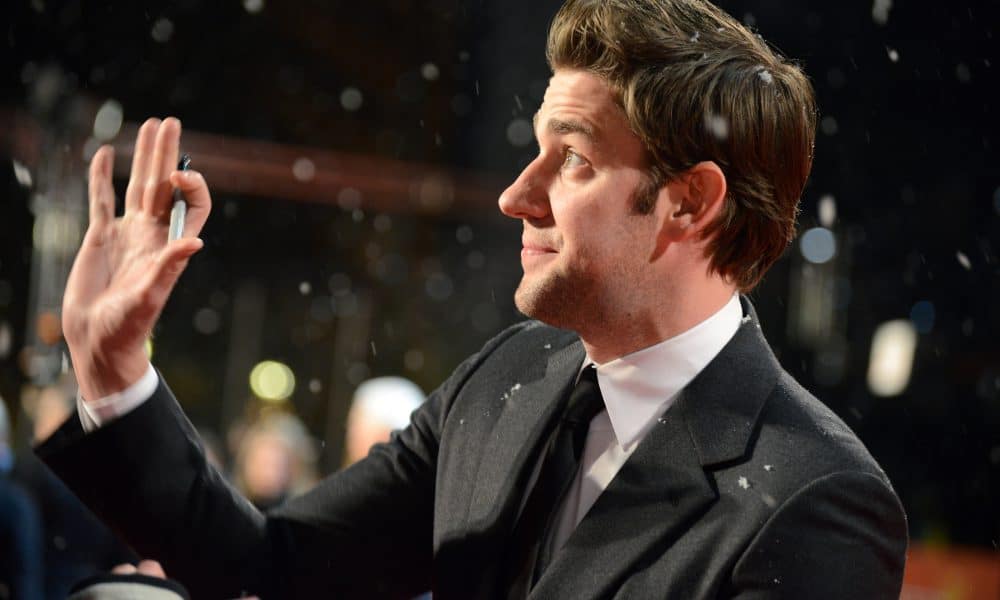 It’s safe to say that John Krasinski has officially evolved beyond his breakout role as Jim Halpert on NBC’s long-running sitcom The Office. Thanks to the massive success of his latest film A Quiet Place, which he both starred in and directed, and the hype surrounding his impending return to TV as Tom Clancy’s flagship hero Jack Ryan, Krasinski is on his way to crafting a new image: the nice-guy action hero.

Discussing their star, Jack Ryan showrunner Carlton Cuse said, “Jack Ryan’s superpower is his doggedness, his determination and, more than anything, his brain. I think that John has that. He’s a very intelligent guy, obviously. That comes across in his performance. And he also is a leading man. He’s got that relatability, that kind of Tom Hanks factor. He can play that classic hero that you can really see yourself in.”

Paramount agrees. The first season of Jack Ryan cost $8 million an episode (an investment of more than $60 million). What’s more, the studio is betting that people won’t be able to get enough of Jack Ryan; they’ve already commissioned a second season of the series to begin filming later this year.

For his part, Krasinski remains the humble celebrity that fans fell in love with more than a decade ago. Of his second bout of skyrocketing fame, the actor will only say, “Obviously this year has been a game change, and obviously I’m looking forward to doing more.”