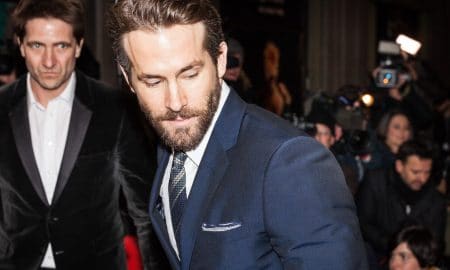 Early morning, police responded to a call about a man using a pickaxe to destroy President Donald Trump’s star on the Hollywood Walk of Fame. By the time the police arrived on the scene, all that remained of the star was a hole and pieces of concrete. Later, graffiti was added to the new hole on the Walk of Fame, and a chin-up bar was placed over it.

Several witnesses saw a man hard-at-work on the star around 3:30 am.

“I just seen a guy going to town on, I guess, the ground or whatever,” one witness shared. “I didn’t know what was going on.

An hour after the incident was reported, James Otis turned himself in at the Beverly Hills Police Department. A guitar case used to hide the pickaxe until Otis used it on the star was collected as evidence. Reportedly a sledgehammer was also used by Otis, who has pleaded no contest to felony vandalism.

Donald Trump received his star on the Hollywood Walk of Fame in 2007, for serving as producer on the Miss Universe pageant and his work on The Apprentice.

This isn’t the first time Trump’s star has been defaced since the New Yorker announced his candidacy for the presidency in 2015. Other acts of vandalism included dogs defecating on the star, a small border wall built around it, and a slew of “I Resist” stickers placed on top of it. However, this recent act of destruction is far more permanent and expensive to repair than the other ones.