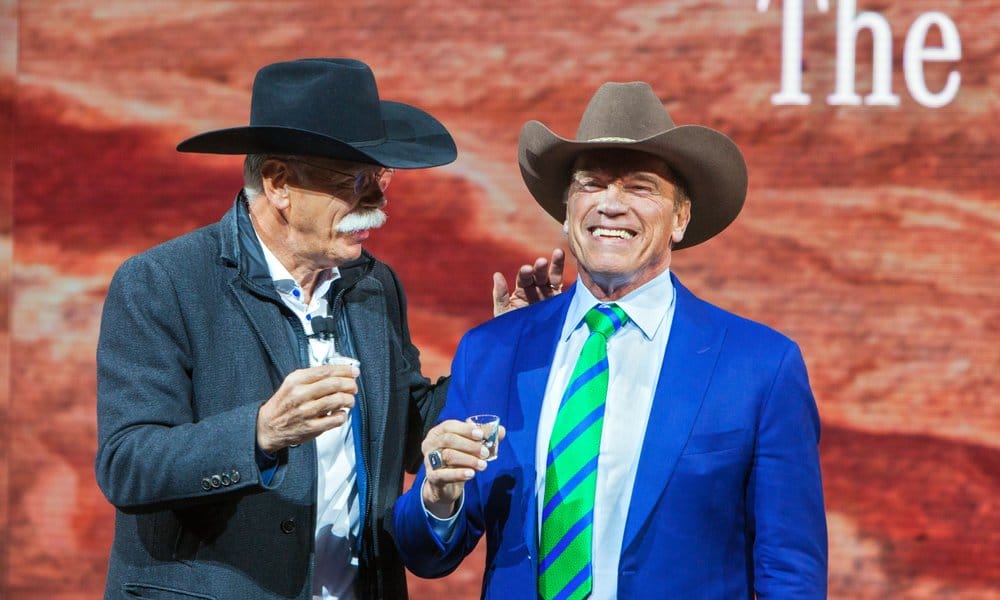 Say what you will about the overall success of Arnold Schwarzenegger’s post-gubernatorial Hollywood career, the aging action hero has committed himself to taking chances. That ongoing sense of adventure elevates every new project from the Austrian icon into something worth watching.

That streak of interesting choices continues with Outrider, a Western series planned for Amazon Prime.

However, this isn’t the first time that Arnold Schwarzenegger has donned a cowboy hat, however (and, no, we’re not referencing his hang-out session with Mercedes President Dieter Zetsche up top). In 1979, the hulking bodybuilder was still three years away from his breakthrough performance in Conan the Barbarian when he was cast in The Villain.

The ultra-mediocre Western comedy starred Kirk Douglas, Ann-Margaret, and Arnie himself as “Handsome Stranger.” Directed by Smokey and the Bandit’s Hal Needham, The Villain saw Douglas attempt to steal a lockbox from Ann-Margaret and Schwarzenegger, only to be outsmarted in a series of cartoonish set pieces that would be best described as “zany.”

The upcoming Amazon series Outrider, however, promises a more somber tone, as Schwarzenegger teams with a green deputy working in Indian Country to nab a legendary outlaw living in the wilderness.

It will undoubtedly be fun to see Schwarzenegger don a ten-gallon hat once more. In his latest run of films, the veteran performer has unveiled a whole new bag of tricks. It can be easy to forget that — behind all the bulk — Schwarzenegger is an incredibly talented performer. Hopefully, Outrider will remind the world of that fact when it hits Amazon Prime Video.