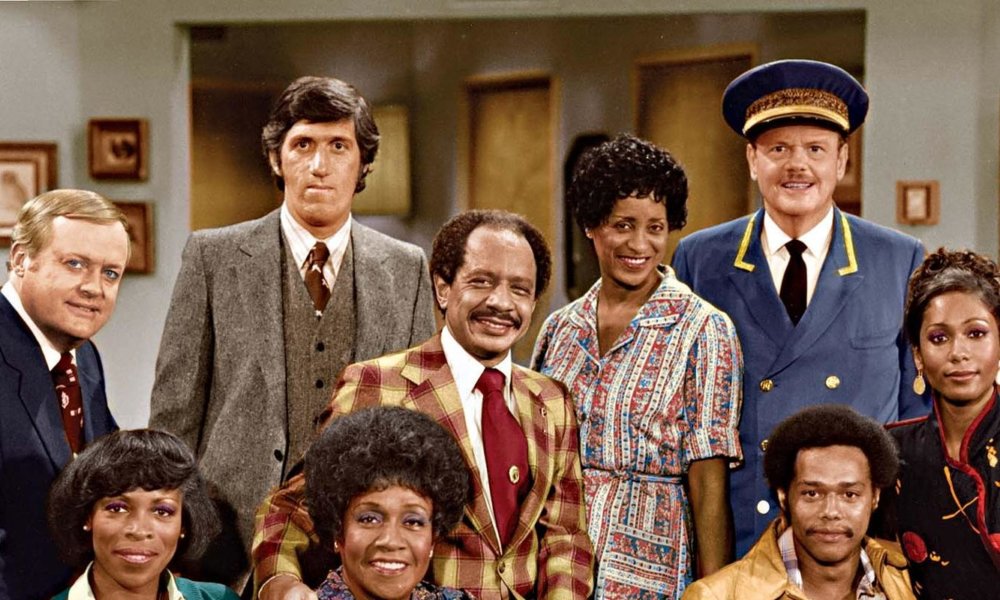 “We’re moving on up, to the East side . . .” The first words in The Jeffersons’ popular theme song got fans singing along for eleven seasons of socially edgy hilarity. Viewers tuned in for the latest from the Jefferson family, their friends, neighbors, and employees, that made the sitcom great. The no-holds-barred show dealt with touchy subjects like racism and classism in ways that brought laughter instead of rage, and the characters delivered punch lines with the effectiveness of knockout blows. Want to know some behind-the-scenes info about this classic sitcom? Read on!

Somewhere in Philadelphia, a woman named Louise was probably blushing each time The Jeffersons aired. Why? Well, “Louise” was also the name of a girl Hemsley had a crush on as a young man growing up in Philadelphia, who he fondly nicknamed “Weezy.” Starting to see where this is going? Early in the series, Hemsley blurted out Weezy in reference to Louise, a happy accident that became his TV-wife’s nickname throughout the show’s run.