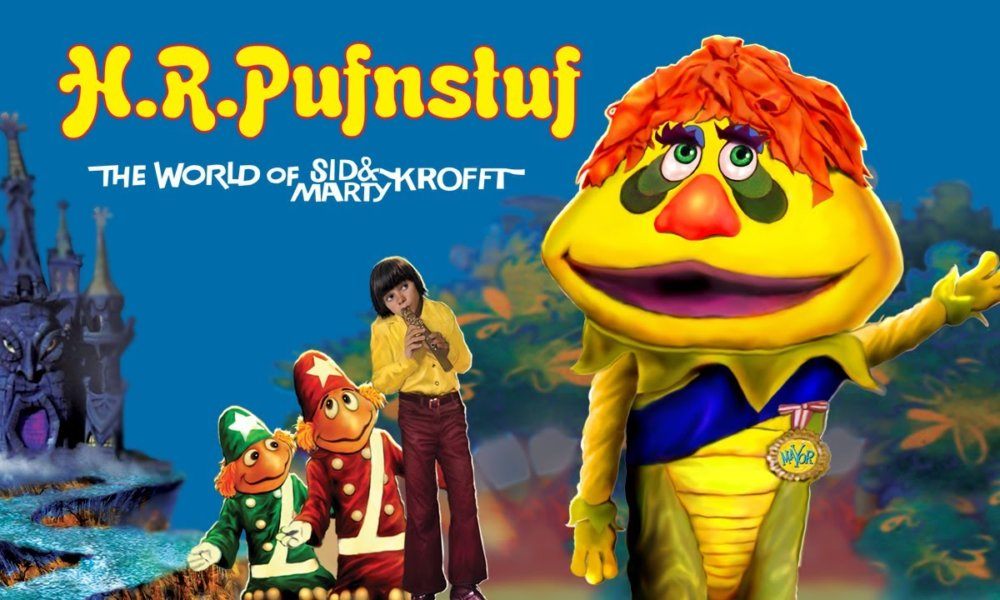 2. HR Pufnstuf Wasn’t a New Idea For the Kroffts

Which almost certainly will go down in history as one of the coolest names for a gigantic anthropomorphic dragon ever.

4. As a kid, Sid Krofft Charged His Friends Buttons to Watch Puppet Shows in His Backyard

That’s why buttons are the chief form of currency on Living Island.

5. Judy the Frog is Based on Judy Garland

The Krofft brothers had toured with Judy Garland for a while as her opening act. The guys were so enamored by Garland, they made Judy the Frog, the resident entertainer of Living Island.

6. Jack Wild, the Actor Who Played Jimmy, Was Nominated for an Academy Award

Wild was wrapping his work as the Artful Dodger in the film adaptation of Oliver!, when Sid Krofft was invited by a buddy to view a rough cut of the film. Krofft knew immediately that Wild was meant to play Jimmy, while Wild himself went on to garner critical reviews in the musical.

Along with Billie Hayes, who got the role, the then-unknown Marshall (who went on to a successful career as a TV star and then director) was one of only two women who auditioned for the part.

8. Marty Krofft Was Given Guardianship of Jack Wild While the Show Filmed

Krofft later said that taking care of the kid proved to be something of a headache, and described accepting Wild into his home as something of a mistake.

9. The Krofft Brothers Were Initially Against the Show’s Laugh Track, But Producer Si Rose insisted

10. Paul Simon Once Sued the Kroffts Because the Singer Believed the ‘HR Pufnstuff’ Theme Song Too Closely Mirrored One His Own Works

The song Simon felt was stolen was “The 59th Street Bridge Song (Feelin’ Groovy).” The Kroffts agreed to the extent that Simon is actually credited as co-writer of the show’s theme.

11. Lennie Weinrib Did Double Duty as Both the Voice of HR Pufnstuf and One of the Show’s Writers

Weinrib used the acclaim from HR Pufnstuff to launch a successful voice acting career, in which he played Inch High, Private Eye, and Scrappy Doo.

In 1970, the Kroffts were approached to adapt HR Pufnstuf into a film. Though most of the cast and crew remained the same, the Kroffts used the extra budget to bring in some big names to spice things up.

14. Though LOTS of People Said ‘HR Pufnstuf’ Had to Have Been Created While on Drugs, the Kroffts Refuted That Claim

They simply said that working on a television show was too taxing. It was impossible to get things done and be high at the same time. That said, the Kroffts never claimed they didn’t do drugs, they only said that HR Pufnstuf was shot while the brothers were sober.

15. HR Is Thought to Be a Direct Love Letter to Marijuana

Okay, first of all, his last name is “Puffing stuff.” Then, the titular dragon is green with red hair (like nice bud). The theme song refers to him as: “who’s your friend when things get rough?/H.R. Pufnstuf, can’t do a little, ’cause you can’t do enough!” No one knows what “HR” stands for, but most people think it means “Hand-rolled.”

16. Here Are a Few More Drug References For You

In an in-show movie, Jimmy plays Black Bart (a slang term for weed at the time). Witchiepoo once hits the good guys with “laughing gas” which makes them burst into fits of giggles and then pass out. Then, at one point, Jimmy’s pal Freddy the Flute is actually turned into a magic mushroom.

The Kroffts actually sued the food giant and won. To this day they still get royalty checks from the burger maker.