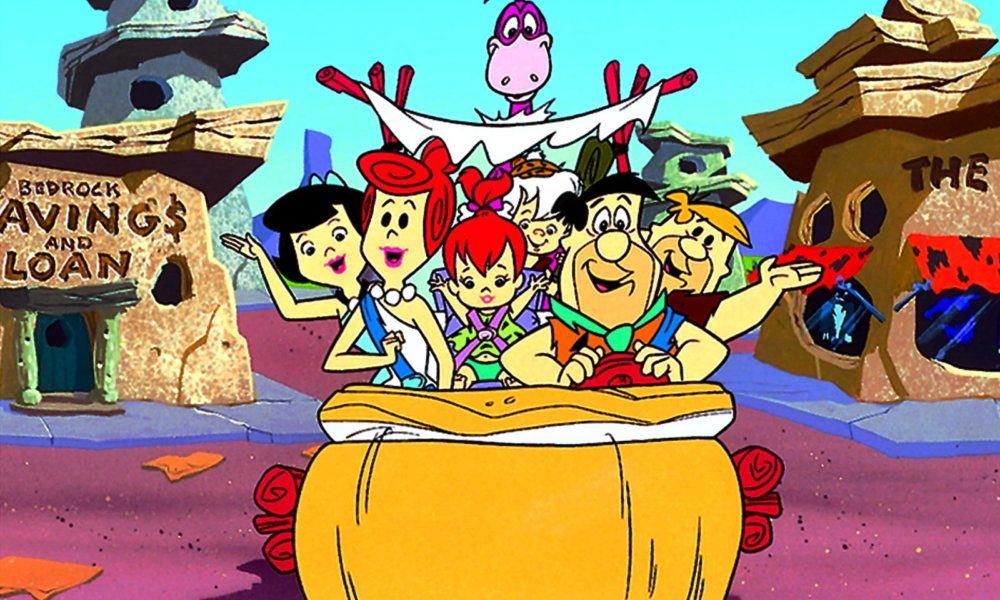 The first episode of The Flintstones aired on September 30th, 1960. The hit Hanna-Barbera show was broadcast on ABC for six years, and over 50 years later it’s still incredibly popular with all ages. The story about a modern stone-age family from the town of Bedrock was a comedy goldmine, juxtaposing contemporary working-class issues in a prehistoric setting. Here are some things you never knew about the animated show.

1. It was originally an adult show

When The Flintstones was first created it was originally marketed to an adult audience and was co-sponsored by Winston cigarettes. However it veered into kid territory and later was sponsored by the more age appropriate Welch’s instead. However most age groups could enjoy it as it played on multiple levels.

2. The famous theme song didn’t come along until season three

The first two seasons of the show a song called “Rise and Shine” was used for the intro, but then by season three the famous theme song “Meet the Flintstones” was brought in and remained for the duration of the series.

3.”Yubba Dubba Doo” Was Supposed to be “Yahoo”

The original voice of Fred Flintstone, Alan Reedfirst, uttered the famous exclamation “yabba dabba doo” in the “The Flintstone Flyer” episode, first broadcast on September 30, 1960. In the script, the line was “yahoo”, but Reed asked Joe Barbera if he could change it to something with more “pop” to it. The rest is history.

4. Fred and Wilma Flintstone were ahead of the times

Despite being from the Stone Age, Fred and Wilma as a couple were ahead of the times. They were the first cartoon couple to be shown in bed together during primetime TV in the conservative 1960s. One other TV show had done this previously, but at a time when not many owned TVs to even witness it. That was on the 1947 sitcom Mary Kay and Johnny (although that honor is often attributed to The Brady Bunch).

The family’s pet dinosaur Dino actually changed colors throughout the series, however he was generally purple. Initially the entire show aired in black and white, so who knows what color he was supposed to be.

When Winston cigarettes were a sponsor for the show, Fred Flintstone and Barney Rubble were the faces of one of the company’s advertising campaigns. Yup, children’s cartoon characters shilling smokes. That’s something we’re not likely to ever see again.

Many people believed that The Flintstones was a parody of the 1950s sitcom The Honeymooners, about two couples living in New York. William Hanna (one of the show’s creators) once confirmed that this was true, but the other creator Joseph Barbera did not.

8. Jackie Gleason almost sued over it

One person who was certain that the show was a parody of The Honeymooners was that show’s creator, Jackie Gleason. He considered suing Hanna-Barbera but he didn’t want to be “the guy who yanked Fred Flintstone off the air.” Good point.

What kid didn’t love the episodes where the little green alien from Zetox made an appearance (well, at least to Fred, Barney, Pebbles and Bamm-Bamm – nobody else could see him). The odd character appeared in 11 episodes midway through the final season, and many people thought it was a “jump the shark” plot line. The show was soon cancelled, and we never got to find out if Gazoo ever made it home. Toodle-loo, dum-dums!

10. The original name was “The Flagstones”

The first pilot that was created for the show was named “The Flagstones,” although that version of the show never made it to air. Then they considered calling it “The Gladstones” before they finally settled on naming the family the Flintstones. The town of Bedrock was also sometimes referred to as Rockville in the early days.

11. The show held the record for longest running cartoon

At one point the show held the record for longest running cartoon, until The Simpsons came along and knocked them out of the title. It was also the first primetime cartoon to ever air on American TV.

12. It was the first cartoon to discuss infertility

At one point in the show Betty Rubble goes through depression over being unable to conceive a child. Her infertility is what led the Rubbles to adopt their son Bamm-Bamm.

13. The success of The Flintstones led to The Jetsons

Since The Flintstones did so well, Hanna-Barbera created another prime-time cartoon, The Jetsons. Same idea, way different time period. The Jetsons is still popular and watched today, but if you sat down to catch up you might soon notice that there were only ever 24 episodes of the original 1962-1963 series made (more episodes were made in 1985 and 1987, but they weren’t the classics).

14. Its products are still popular today

The Flintstones was the inspiration of course for The Flinstones vitamins, but also Fruity Pebbles and Cocoa Pebbles. All of these products are still sold today and are extremely popular with children (and the occasional adult, surely).

15. Supposedly the caveman theme came out of a disagreement

The story goes that William Hanna and Joseph Barbera couldn’t come to an agreement on what sort of clothing their characters should wear when they were first developing their adult cartoon show. So William said: “Let’s do it in a caveman setting! They won’t wear clothes, they’ll just wear animal skins!”

16. The theme song is one of the most recognized

17. Hanna-Barbera is now a part of Warner Bros. Animation

The Hanna-Barbera company originated with The Flintstones, before branching out into creating other shows like The Jetsons, Scooby-Doo, Top Cat, The Smurfs, and Yogi Bear. Today it is a part of Warner Bros. Animation.