Connect
To Top
CelebrityMarch 14, 2017View All 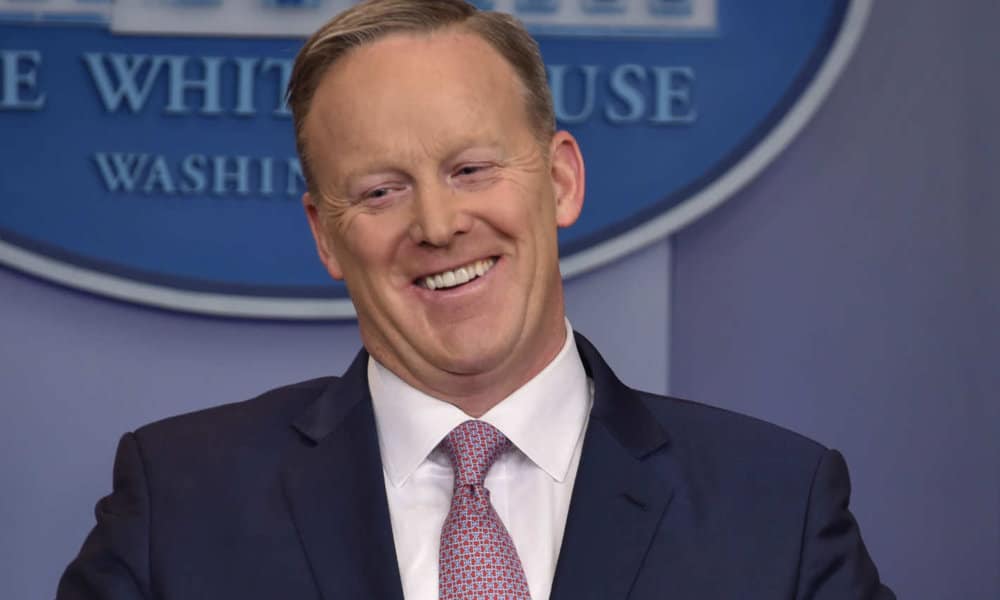 In the political reality of today’s America, you have to try and savor joy wherever you can find it. Fortunately for those people who stay informed, the Trump administration is a constant source of humor … provided you get tickled by things that are “funny because they herald the end of our society.” And no member of the Trump team is as hi-LAR-ious as it’s mouthpiece, Press Secretary Sean Spicer, a man so laughably bad at his job that every single source in the article to follow was published since he took office less than two months ago. Late night talk show host Stephen Colbert once called Spicey, “the MC Escher of bullsh*t.” That might be a little generous considering that MC Escher was an artist and Sean Spicer is so bad at his job that it’s almost like he’s working for the other team.

1. When You Can’t Rely on Notes or Hatred, Go With Racism!

On Saturday afternoon, March 11, Sean Spicer was confronted at a DC-area Apple store by an (understandably) irate Indian-American woman named Shree Chauhan. Chauhan lived out every liberal American’s dream, asking the Press Secretary a series of blunt questions. How does it feel to work for a fascist? Have you helped with the Russia stuff? Are you a criminal as well? Have you committed treason, too, just like the president?” In response, Spicer smiled at Chauhan and said, “Such a great country that allows you to be here.”