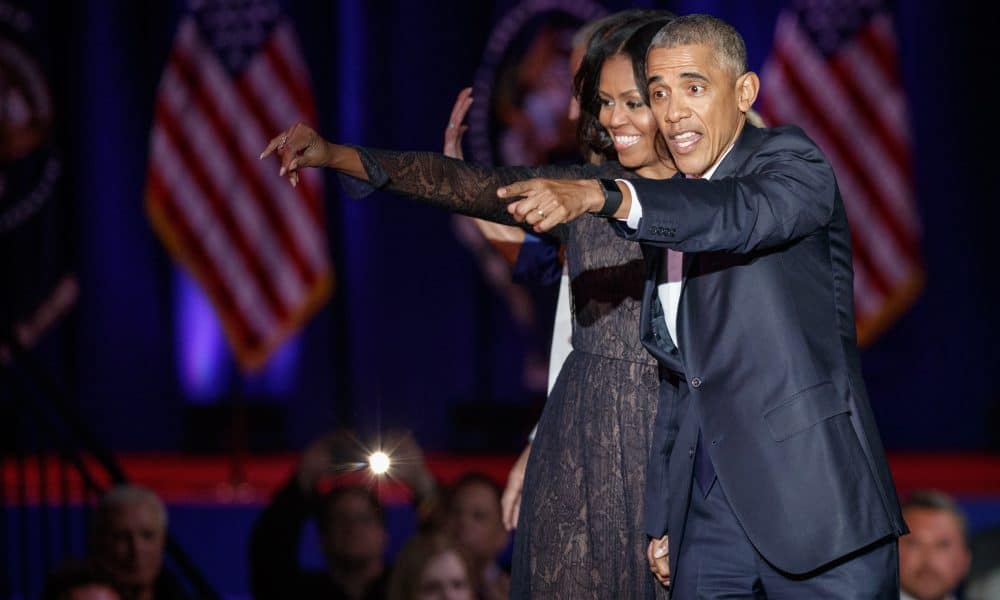 Even though Jay-Z and Beyoncé have only been on the road for just a few short weeks, the iconic couple’s On the Run II tour is seeing some high-profile attendees looking to jam along with Bey and her husband.

Last night, former President of the United States Barack Obama and his wife, Michelle, were in attendance for the OTR II show in Maryland. While the couple danced along in their box at FedEx Field in Landover, Maryland, dozens of shaky camera footage emerged highlighting the President and former first lady’s moves.

Obama may dance like a big old nerd, but that didn’t stop concertgoers in his section from letting their attention drift away from the stars on stage to the two stars dancing up top. More than a year after his departure from office, the deeply beloved leader can still draw a crowd by merely turning up somewhere with a smile.

This is Michelle’s second trip to see Jay-Z and Beyoncé perform live. Two weeks ago, she was spotted hanging out with Beyoncé’s mom, Tina, at the July 15 OTR II performance in Paris. It would appear as though both Obamas are enjoying their retirement as much as possible.

That hasn’t stopped the couple from remaining politically active. Both Barack and Michelle have made their opinions known ever since the couple left the Oval Office.