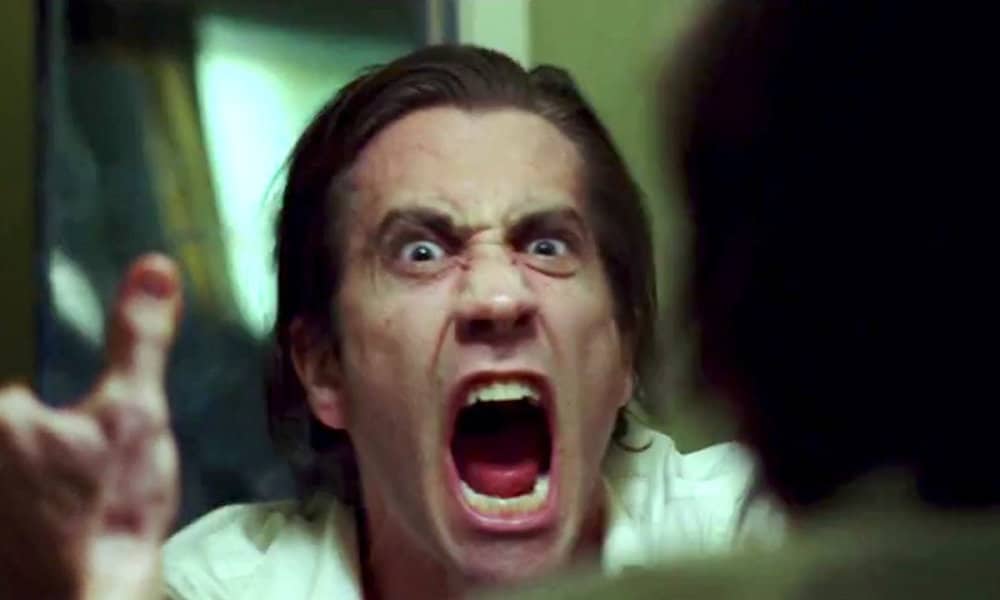 You may think actors live a life full of glitz and glamour, but when it comes time to hone in on their craft and get into character, they put their heart and soul into their roles. Many times, these actors become so passionate while filming a scene that accidents occur, and the results aren’t pretty. These 10 on-screen injuries happened during crucial points of many popular films, and we all get to witness these actors get badly hurt all in the name of great cinema.

1. Margaret Hamilton in ‘The Wizard Of Oz’

In the scene where Margaret Hamilton, who played the Wicked Witch of the West, goes up into a puff of smoke, a trap door malfunctioned, causing Hamilton to suffer from second-degree burns on her face and hand while filming the classic film The Wizard of Oz. After recuperating at home for six weeks, Hamilton returned to set once her face had healed, but the nerves in her hand were “still exposed.” This made it difficult for the makeup artists to cover her body in the witch’s signature green paint, so Hamilton had to settle on wearing green gloves instead. You can see the actress’s injury starting at the 4:35 mark.

Jake Gyllenhaal put on an amazing performance in the 2015 thriller film Nightcrawler. The Academy Award-winning film includes a scene where his character breaks a bathroom mirror in a fit of rage. But Gyllenhaal punched the mirror a little too hard, causing the glass to shatter, and leaving him with cuts on his hand while the cameras kept rolling.

3. Viggo Mortensen in ‘Lord Of The Rings: The Two Towers’

We all remember this scene from Lord Of The Rings: The Two Towers when actor Viggo Mortensen kicked a helmet and fell to the ground in anguish. It reportedly took Mortensen five tries to get the perfect kick for the cameras, but it was that fifth try that caused him to break two of his toes. Director Peter Jackson says it was that toe-breaking final take that was Mortensen’s best performance, so they didn’t think twice about including it in the film.

There’s a reason why James Franco’s character, Saul Silver, wears a headband during some scenes in Pineapple Express. The actor got a little too rowdy while filming in the woods alongside Seth Rogen, and he ran right into a tree, requiring him to get three stitches on his forehead. Ouch.

The opening scene in Apocalypse Now shows Martin Sheen giving a karate chop to a floor-length mirror and wiping blood all over his face. One many people don’t realize is the blood wasn’t a prop from the makeup department. Sheen had actually sliced his hand in the broken glass!

During a very emotional outburst in Django Unchained, Leonardo DiCaprio slams his hand down on a wooden table. A crystal glass that was nearby must have gotten in his way because the next time DiCaprio’s character goes to slam his hands down again, he crushed the glass underneath his hand. According to the film’s producer, Stacey Sher, even though blood was dripping down DiCaprio’s hand, “He never broke character. He kept going. He was in such a zone.” A few stitches later, and DiCaprio’s hand was good to go!

In the 1992 action thriller Patriot Games, actor Sean Bean gets hit with a metal hook by Harrison Ford’s character, Jack Ryan. The hook gave Bean a nasty gash above his left brow that oozed with blood in this scene that made it into the film’s final cut.

When Channing Tatum’s character spazzes out in a hotel room during a scene in Foxcatcher, Tatum stands in front of a mirror and proceeds to beat the living daylights out of it. But in the end, the glass was victorious. Tatum: 0 Mirror: 1.

Daryl Hanna’s character, Pris, in the film Blade Runner is in a dark alley attempting to get away from character J.F. Sebastian, played by William Sanderson. But things don’t go as planned, and Hannah slips on the wet pavement and falls into a car, smashing her elbow on the window. This is one scene that looks like it was part of the script, but Hannah’s injury was completely unintentional. She later learned she had chipped her elbow in eight places, and she still has a scar to this day.

This terrifying scene shows Diane Kruger’s character, Bridget von Hammersmark, getting strangled by the character Hans Landa, played by Christoph Waltz. Director Quentin Tarantino wanted this scene in Inglourious Basterds to be as realistic as possible, so he stepped in to do the honors when it came time to choke Kruger. As he strangles her, the actress actually passes out on film!