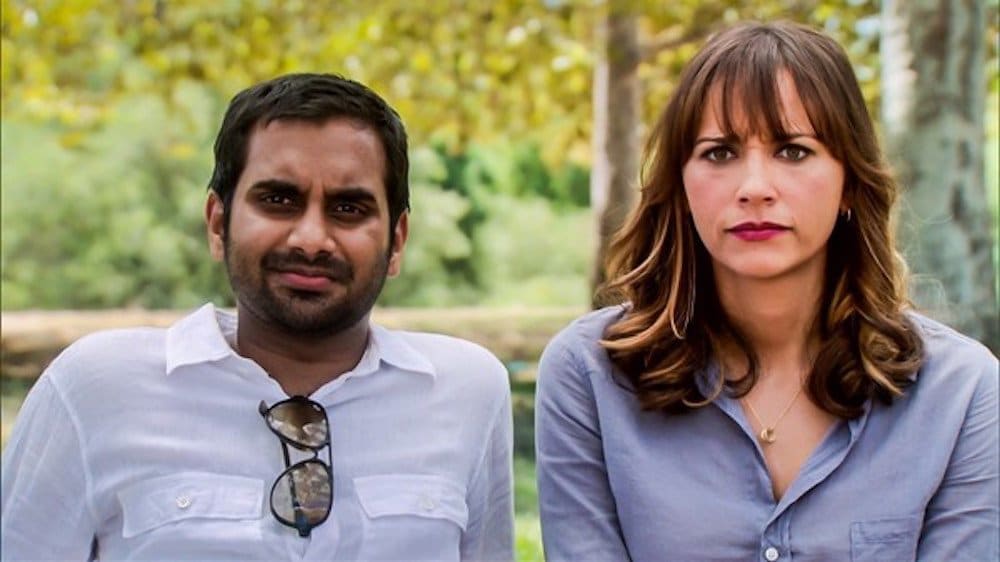 Out of nowhere, we all cringed when Joey and Rachel decided to take their friendship to the next level. On one hand, we were sort of curious as to how things would develop. But every time we saw them lock lips, it made us realize their romance was a big fat no-no. Even the writers realized this forced attraction was going to make the series jump the shark, so we were all thankful when Joey and Rachel ceased to exist.

Barney and Robin were electrifying on the screen. Their characters really got each other, and viewers couldn’t wait for them to experience their happily ever after. But suddenly, we were all thrown for a loop when a flash forward scene showed Ted as a widower and Robin, a divorcée, as the object of his affection. Ugh, can we just completely scrub their relationship from our memories? K, thanks.

We definitely didn’t see this one coming, but we knew right away it wouldn’t last. Andy and Angela’s relationship went as far as the couple picking out wedding venues, but in the end, she was hooking up with the one person we knew she’d always end up with: Dwight!

Obviously, Marissa had questionable taste when it came to men, and Kevin Volchok was probably the worst of the worst. This bad boy did nothing but bring Marissa pain, misery, and death. Sure, he had a cute face and abs of steel, but we’ll never forgive him from running Marissa and Ryan off the road in Season 3.

Speaking of Marissa, we knew we had to add her relationship with Ryan to the list, too. Can you say “toxic?” Ryan tried so hard to save Marissa from herself, but she always found a way to get stuck in horrible situations. We expected these two to end up together (despite that pesky, fatal car accident), but in a way, we’re kind of glad Marissa didn’t get a chance to further ruin Ryan’s life.

Every time they broke up, we cheered. And then, they would get right back together and we would all collectively moan. Tom and Ann should’ve never happened because their relationship just seemed so uncomfortable. Separately, they’re awesome, but together, they didn’t even have a connection. When their relationship came to an end the last and final time, we were just glad Ann had finally come to her senses!

Ahh, the complicated relationship known as Lexana. We all knew Lex was bad news, except for Lana, of course. We died when they finally hooked up in Season 6, and then we were resurrected and died again when Lana found out she was pregnant. But in a crazy twist, Lana was never really pregnant, it was all a scheme concocted by Lex who was injecting her with pregnancy hormones. Through it all, she was in love with Clark, but that evil Lex was like a thorn in her side season after season.

Even though they weren’t related by blood, it still made us super uncomfortable when Deb revealed her true feelings to Dexter. This was one storyline that should’ve been left on the cutting room floor. No one wants to envision siblings – whether they’re adopted or not – doing the horizontal tango. Yuck.

In real life, it’s possible for strangers to become enemies before eventually evolving into lovers. But we were much happier when Dan and Blair were in each other’s friend zones. They had so much in common, but the chemistry was lacking. It wasn’t until Season 5 when we were finally put out of our misery when Blair dumped Dan for Chuck.

A series of events always kept Kate and Rick from driving off into the sunset – most notably, his ex-wife Gina who was still in the picture. In the end, Kate finally found the courage to spill her guts and let Rick know that he was the only man she wanted. We always thought Kate could do much better than Rick, but the heart wants what the heart wants.

This brief relationship was literally a waste of our time. The tension that built up between them finally came to a head when George finally got divorced and was ready to try things out with Izzie. They ended up remaining friends because this romance puttered out and was doomed long before it even got started.

We can see how Malia was attracted to Scott. How could you not have the hots for someone who saved you from being killed by your shape-shifting father? In Season 6, they started to get even closer romantically, but it just didn’t feel right to most viewers. All of their intimate scenes were tough to watch. They just didn’t seem authentic.

TV shows love the good girl-bad guy storylines, don’t they? In this scenario, Kate was the good girl, and Sawyer was the stereotypical bad boy who really didn’t deserve her. How could she ignore the fact that Jack was the right guy for her? In the end, we were cheering our butts off when Sawyer fell in love with Juliet because we knew we’d no longer be subjected to his awkward scenes with Kate.

Unrequited love is tough in real life, but it might be even more painful when you’re watching it unfold on TV. We all knew Xander didn’t love his pal Willow as much as she loved him, and we knew from the start it wouldn’t last. But, hey, at least they gave it a shot, right?