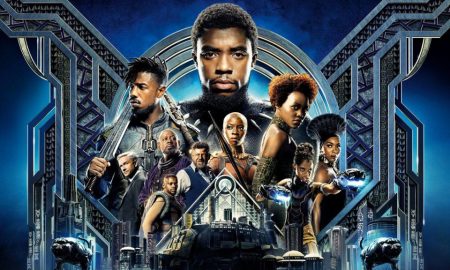 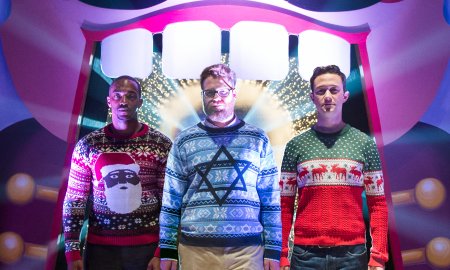 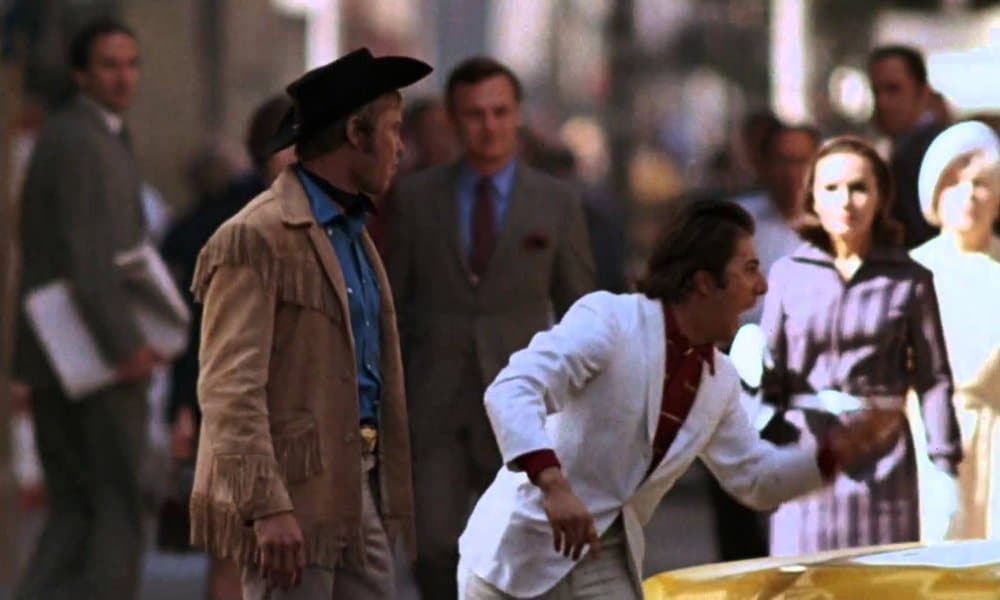 Unlike a lot of other art forms, filmmaking is a genuinely collaborative effort. There’s no such thing as complete control on a movie set. Though the final product hits theaters looking cool, calm, and deliberate, movies are often impacted by the unforeseen. The best creative talent doesn’t run from these events, they embrace the chaos and use it to improve their film. There are dozens of examples of movies that have generated some legendary moments because the people on and off screen were willing to roll with the punches and make the most from what they were given. Here are some of the most memorable.

1. Raiders of the Lost Ark

In one of the climactic scenes of 1981’s Raiders of the Lost Ark, Indiana Jones surprises his Nazi counterparts with an RPG. The intrepid adventurer threatens to destroy the Ark of the Covenant unless they meet his demands. Unfortunately for Jones, however, his professional nemesis, Belloq doesn’t take the bait. As he steps forward to call Jones’ bluff, a close-up reveals that a fly has landed on the face of actor Paul Freeman. It lingers there for a few moments before flitting off. Freeman, who didn’t think anyone else had noticed, kept delivering his lines. They noticed.

In 1996’s The Birdcage, Robin Williams will do whatever it takes to convince his new in-laws that he’s a straight guy. Unfortunately, Williams and his live-in partner Nathan Lane are pretty far from a straight couple, which makes the evening a little bit taxing for Williams. As the night descends into chaos, Williams is forced to flit between the kitchen and dining room in an all-out scramble to maintain the facade. One scene finds him chugging wine and screaming “Shut Up!” at his housekeeper Agador. In the midst of this tirade, Williams plummets to the floor before springing right back up and continuing his rant with perfect timing. The great moment wasn’t supposed to happen. Williams just slipped on the slick floor and went with it.

When Daniel Craig emerged from the water in Casino Royale, a billion people swooned. Those people have a sandbar to thank. When swimming in from the ocean, Craig was supposed to stay prone. However, he hit his head on a sandbar, forcing him to get to his feet and trudge to the shore. You can even see the actor rubbing his head as he exits the waves.

Just because you’re doing mo-cap doesn’t mean you can’t improv a little, as Alan Tudyk proved in Rogue One: A Star Wars Story. Cast as the smart-mouthed robot K-2SO, Tudyk gets a lot of the film’s best lines. In one moment, however, Tudyk went for a scene with an intensity that caught co-star Diego Luna off guard. As K-2SO attempts to talk his rebel buds out of a tight scrape, he pops Diego Luna’s Cassian Andor in the mouth, telling him to pipe down. Of course, the slap hadn’t been rehearsed; if you look closely, you can see Luna stifling a laugh behind his hand.

In the opening moments of Clueless, Alicia Silverstone nails the personification of her character, Cher, in a brief presentation to her class. In discussing a recent story about Haitian refugees, Cher demonstrates a naïveté that perfectly sets the tone for the film to come. One of the funniest details in the presentation is Cher’s pronunciation of the word Haitians, which she consistently pronounces, “hay-tee-ans.” As it happens, Alicia Silverstone really can’t pronounce Haitians, and no one bothered to correct her.

In the low budget Best Picture winner Midnight Cowboy, Dustin Hoffman has cause to drop a line that has since been repeated in dozens of different films. As he and his pal Joe Buck walk across a crowded Manhattan street, Hoffman’s Ratso is nearly hit by a New York cab. In fact, that was a real cabbie, and Hoffman’s reaction was legit. See, Midnight Cowboy was so low budget that several of its scenes were shot with cameras hidden on real, uncontrolled Manhattan streets.

7. LotR: Fellowship of the Ring

When Gandalf arrives in the Shire for the birthday celebration of his old traveling buddy Bilbo Baggins, he first stops by Baggins’ hobbit home for a quick hello. As he enters the house, Gandalf gets a few laughs by stumbling through the home, even going so far as to hit his head on a low cross beam. The decision to go for some giggles was made in the moment by Gandalf actor Ian McKellan, who thought it might be charming. He was right.

The most memorable scene in the Oscar-winning movie was also its biggest disaster. At the beginning of The Usual Suspects, the motley assortment of protagonists is assembled for a lineup. The resulting scene is one of the standout moments in the movie, despite the fact that it didn’t go the way director Brian Singer wanted it to. The actors spent the entire shooting time screwing around and making jokes that Singer was unable to get the scene as it was originally scripted. The director reportedly gathered the actors and chewed them out for messing around so much. The lecture did nothing to slow the actors down. The standout cut up was Benicio del Toro who reportedly kept letting out rancid farts throughout shooting.

In the middle of his reign of terror over Gotham City, Heath Ledger’s Joker blows up a hospital. On his way out the door, he blows the detonator. Unfortunately, after an initial small explosion, the rest of the setup fails to go off. The Joker taps on the detonator for a few moments before the rest of the pyrotechnics go off. Film director Christopher Nolan intended for the entire hospital to go up when Ledger initially tapped the button, but a technical issue delayed the explosion. Ledger decided to stick around in front of the camera and try to “work out the issue” in character.

Daryl Hannah’s role as Pris is one of the standout performances in 1982’s Blade Runner (a film packed with talented actors). It was Hannah’s commitment to the part that made her pop, however. In one scene, as she’s trying to worm her way into the heart of reclusive scientist JF Sebastian, Hannah plays the wounded lady, pretending to run from the geneticist before she slams into a parked car and breaks a windshield. The windshield wasn’t supposed to shatter, but Hannah went with it until the cameras stopped rolling. Afterwards, the actress had to have surgery to repair the gash.

In one of the silliest moments from Spike Jonze’s 1999 film Being John Malkovich saw the eponymous actor walking down a busy highway and passed by sea of angry cars. The shot’s climax comes when one of the passing drivers leans out of a car and shouts “Hey Malkovich, think fast!” before throwing a beer can at the actor. That wasn’t supposed to happen; a drunk extra just got a little enthusiastic. When Malkovich holds his head and shouts “F-ck!” … that’s real pain.

12. Guardians of the Galaxy

It takes most of the movie for Star-Lord and his randomly assembled team to find the man who’s willing to pay for the mysterious orb in their possession. The potentially epic moment is undercut when Star-Lord drops the orb in front of the Collector. That wasn’t planned at all, and when actor Chris Pratt sinks below the frame and springs back up wearing his best straight face, it was all done in the moment.