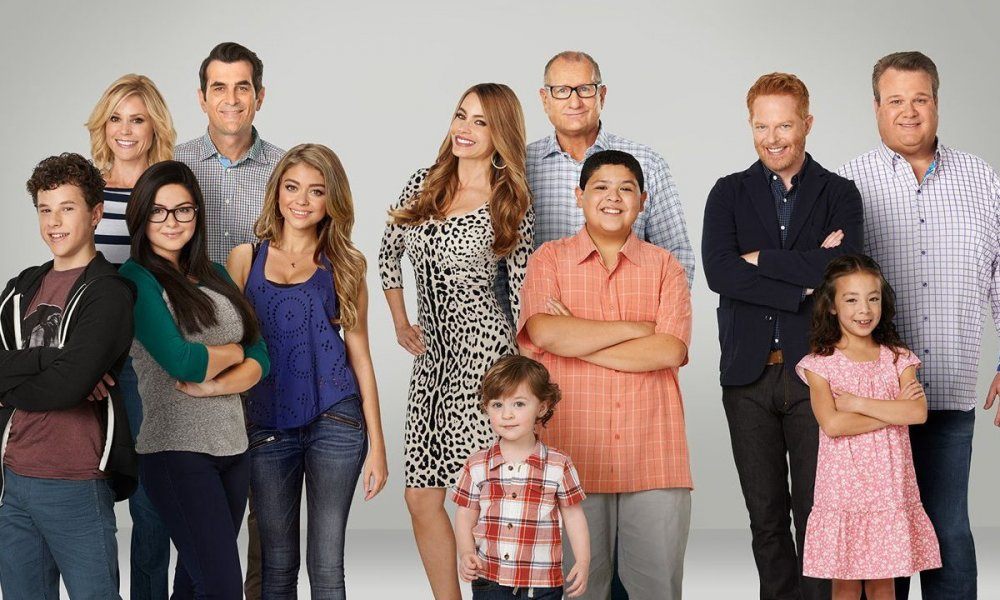 ABC struck primetime gold when they debuted their hilarious series Modern Family. Since 2009, the show and its cast has been racking up accolades, including multiple Emmy awards and five Producers Guild of America Awards. Despite the show being a success and a leader on the Nielsen ratings, the series is no stranger to criticism, as it attempts to discuss some rather touchy subjects in the most PC way possible. Keep reading to see a few of the show’s most controversial moments.

In the episode “Door to Door,” Manny (Rico Rodriguez), is selling Christmas wrapping paper in his neighborhood. With his step-dad Jay (Ed O’Neill) by his side, Manny asks a neighbor, “Hello, ma’am, do you love Christmas?” She answers, “Well actually, I’m Jewish.” Trying hard to be the best salesman he can be, Manny replies, “Well, then you must actually appreciate a good value!” Jay is completely mortified, as were many viewers who were disgusted that the dialogue would reference the stereotype of Jews being stingy and cheap. When it comes to Modern Family, there’s a no-holds-barred approach to comedy, and no ethnicity nor culture is exempt from being the brunt of a joke, but the negative and offensive representation of Jews pushed the envelope a bit too far for some viewers.