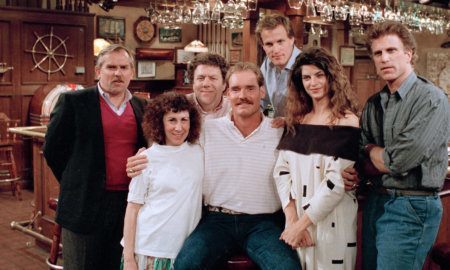 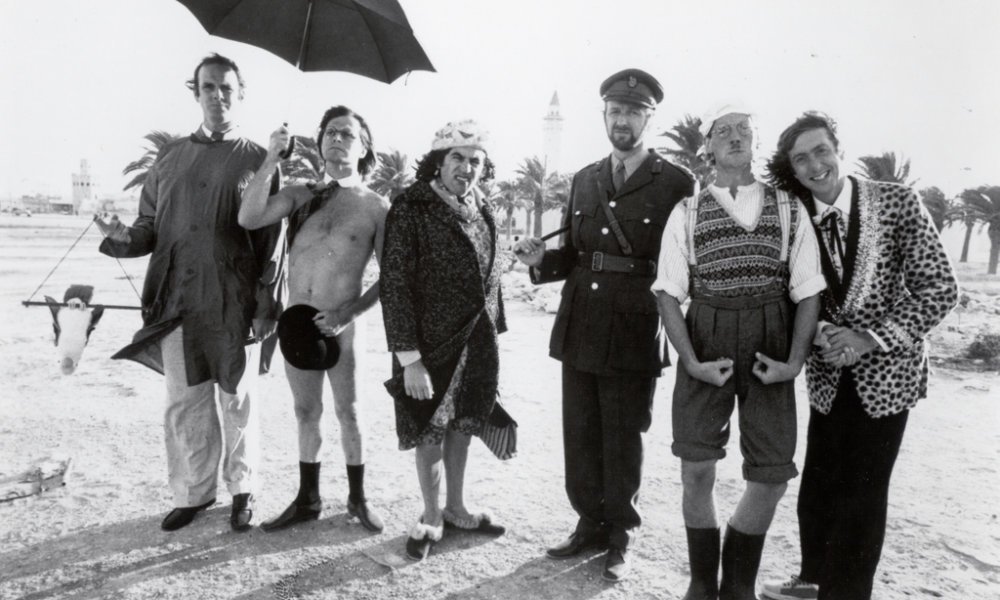 Through four seasons and forty-five classic episodes, the surreal comedy troop from Great Britain managed to become comedy legends with a cult following. Generations of fans since have found inspiration from this cracked collection of skits that skewer everything from modern politics to God to the everyday minutia that connect us all as human beings. In their four seasons on the air, Monty Python and their Flying Circus were a beautiful, absurd, avant garde, silly, awe-inspiring take on sketch comedy. Here, for your consideration, are some things you didn’t know about these unlikely comedy heroes.

1. Ever Heard of the Footlights?

The Cambridge University Footlights revue is the University’s improv group. Formed in 1883, it was at one point the breeding ground for what would become Monthy Python. During their years there, the group was host to Graham Chapman, John Cleese, and Eric Idle. Terry Jones and Michael Palin met at the Oxford Revue. American-born Terry Gilliam met Cleese in New York, and the rest is history.

2. The Group Were Bouncing Around Each Other

As most people now know, pretty much every member of Monty Python is a distinguished comedian in his own right. As such, each man had earned writing and performing gigs on their own merit, often performing on the same shows. Some of the troupe worked together on a kiddie show called Do Not Adjust Your Set. However, it’s The Frost Report that gets most of the credit for uniting the group.

Before Flying Circus, ITV was about to offer a show to Terry Gilliam, Idle, Terry Jones, and Michael Palin. Meanwhile, buddies Chapman and Cleese were offered their own show by the BBC. Cleese — wanting a third member of the team — invited Palin, who roped in all those other crazies, and a legend was born.

It began with “Circus”. After seeing the six-strong comedic troop prowling the studio halls, execs insisted that any show anchored around them include the word “circus” for obvious reasons. “Flying” came from the squadron of planes who backed the Red Baron, “the Flying Circus”. And Monty Python …

5. More On That Title

“Python” was suggested by John Cleese as something slithery and slimy. “Monty” was suggested by Eric Idle for its fast and loose connotations. Monty Python was a fake name chosen because it sounded like a sleazy, second-rate theatrical agent (aka, the exact kind of hack who would have brought the members of Monty Python together).

When they were developing the series, the group (obviously) looked to popular sketch shows of the day. While they revered their predecessors, they still wanted to overcome a perceived flaw of the format: the need for a finishing punchline. So, rather than try to build to a crescendo, the troop simply stopped writing a scene when they ran out of jokes. Then, one of their heroes — Spike Milligan — beat them to the punch, and the anti-punchline needed renovation.

Ultimately, the team looked to some of Terry Gilliam’s animation work — specifically one piece called “Beware of the Elephants” — and decided to use its stream-of-conscious style to try and blend the sketches from every episode into one continuous comedic idea.

The writing process for each episode stuck to a pretty strict 9 to 5 schedule. Eric Idle worked solo, while Cleese and Chapman paired up, as did Jones and Palin. Then, the group got together with Gilliam to talk out each sketch, refining the product by committee. In other words, every joke came to a vote; a true democracy.

The man who has become one of Hollywood’s most imaginative directors was given a free hand working with Monty Python. As the designer of all the team’s animations, he was not only partially responsible for channeling their efforts into a format, he also designed all of the animation that bridged sketches.

10. The Different Styles Of Comedy

How do you know who wrote what? I could do this, but why deny John Cleese the opportunity? As the comedian said, “most of the sketches with heavy abuse were Graham’s and mine, anything that started with a slow pan across countryside and impressive music was Mike and Terry’s, and anything that got utterly involved with words and disappeared up any personal orifice was Eric’s.”

11. Okay, One More Note About the Title

Just because they’re awesome, here are some possible (but rejected) titles for what became Monty Python’s Flying Circus: Owl Stretching Time, The Toad Elevating Moment, A Horse, a Spoon and a Bucket, Vaseline Review, and Bun, Wackett, Buzzard, Stubble and Boot. They settled on the Flying Circus because the BBC told them to cut it out.

A lot of times, the show was introduced by a poor, sad fool in ragged clothing and a castaway-length beard. This sap would be forced to run some harrowing gauntlet, like walking towards the camera through a minefield, in order to get his moment in the sun. He’d get the chance to mutter only, “It’s …” before being cut off by the camera. It’s was actually an early title suggestion for the series.

In the show’s opening credits, a giant foot would slam onto the earth. The disembodied foot became a symbol of the troop’s wackiness. It actually came from Agnolo Bronzino’s “Venus, Cupid, Folly and Time”. It’s in the lower, left corner.

Okay, so there may not have always been a solely democratic approach to the comedy. John Cleese was a firm believer that scatological humor wasn’t the kind of comedy he wanted to be associated with. As a result, he occasionally backed up the censors when they wanted to pull a sketch. Take, for example, the lost, “Wee-Wee Wine Tasting” sketch … use your imagination.

Thanks to the troop’s innovative look at sketch comedy, they influenced generations of comedians. This includes Douglas Adams, the man who wrote Hitchhiker’s Guide to the Galaxy, and Lorne Michaels who created a little show called Saturday Night Live.

Well end this with a recap of some of the funniest bits to ever come from Monty Python’s Flying Circus. It’s hard to play favorites, but we’d have to go with (in no particular order) the Dead Parrot, Spam, Nudge Nudge, Lumberjack Song and the Funniest Joke in the World. Which was your favorite?