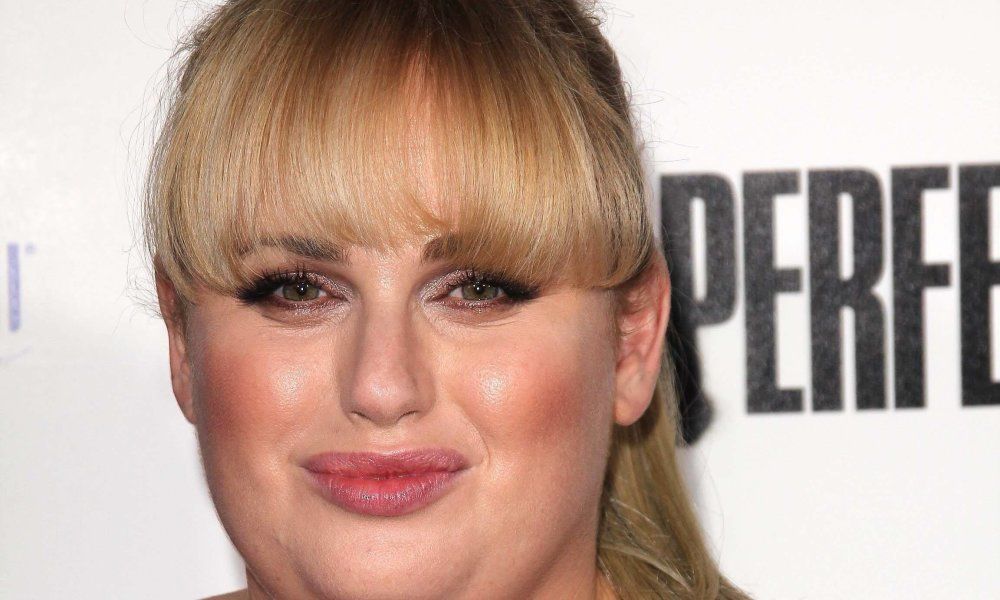 The beauty standards that have been set for young girls today, especially by the entertainment industry, are unhealthy and unattainable. These inspiring celebrity quotes about body image are to remind women everywhere that confidence is key and that your happiness should be your greatest asset. As Jennifer Lawrence says, “What are you gonna do? Be hungry every single day to make other people happy? That’s just dumb.”

J-Law spoke to Elle magazine about setting a good example for her younger female fans when it comes to being healthy. The Hunger Games actress said, “I’m never going to starve myself for a part… I don’t want little girls to be like, ‘Oh, I want to look like Katniss, so I’m going to skip dinner.’ That’s something I was really conscious of during training, when you’re trying to get your body to look exactly right. I was trying to get my body to look fit and strong — not thin and underfed.”

The hilarious Pitch Perfect star notes that it’s important for girls to be happy with themselves. Wilson said, “I don’t really care what I look like that much, and I think women out there should just be happy with the way they look. They shouldn’t really try to conform to any kind of stereotype. Just be happy and hopefully healthy.”

Aguilera urges women to be proud of who they are. The pop star said, “I think that whatever size or shape body you have, it’s important to embrace it and get down! The female body is something that’s so beautiful. I wish women would be proud of their bodies and not dis other women for being proud of theirs!”

The 39-year-old mother of three opens about how her body image has changed since having children. The Divergent star said, “I have a crumble baby belly, boobs are worse for wear after three kids… I’m doing all right. I don’t look in the mirror and go, ‘Oh, I look fantastic!’ Of course I don’t. Nobody is perfect. I just don’t believe in perfection. But I do believe in saying, ‘This is who I am and look at me not being perfect!’ I’m proud of that.'”

The Precious actress sat down with Oprah and admitted that although she’s become more confident now, she struggled with her body image as a child. Sidibe said, “I’ve never been a small girl, one day I had to sit down with myself and decide that I loved myself no matter what my body looked like and what other people thought about my body…I got tired of feeling bad all the time.”

The Glee actress spoke to GQ magazine about body shaming in Hollywood and how she overcame it. Michele confidently said, “I was one of the only girls in my high school that didn’t get a nose job. And if anybody needed it, I probably did. But my mom always told me, growing up, ‘Barbra Streisand didn’t get a nose job. You’re not getting a nose job.’ And I didn’t. That’s why I’m proud to be on a positive show and to be a voice for girls and say, ‘You don’t need to look like everybody else. Love who you are.'”

The mother of two told Women’s Health magazine, “My main beauty tip is don’t say that negative thing when you look in the mirror. It just isn’t healthy… That lack of beating up on ourselves — that’s my new mantra. Happiness is the best makeup; a smile is better than any lipstick you’ll put on.” That Drew does have an adorable smile.

The tennis star shares her favorite body part. Williams said, “My smile is my favorite part of my body. I think a smile can make your whole body. I want women to know that it’s ok. That you can be whatever size you are and be beautiful inside and out.”

The Tammy actress has been criticized about her weight for much of her career, but she remains strong. McCarthy said, “Pretty much everyone I know, no matter what size, is trying some system. Even when someone gets to looking like she should be so proud of herself, instead she’s like, ‘I could be another three pounds less; I could be a little taller and have bigger lips.’ Where does it end? You just have to say, ‘It’s pretty damn good. I am right here at the moment and I’m OK with it. I’ve got other things to think about.'”

The 12 Years a Slave actress admits that conforming to Hollywood’s beauty standards is ridiculous, especially because of the lack of minorities on-screen. Nyong’o said, “I have learned for myself that I don’t have to be anyone else. And that myself is good enough.”