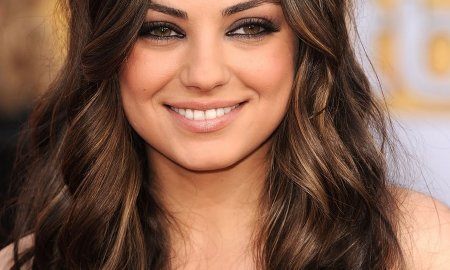 Celebrities know that much of their fame rests on looking good, and looking good often means looking thin. Not everyone is gifted with a naturally thin frame, so some stars go to great lengths to achieve an enviable figure. More often than not, this means a diet with a partial or total ban on carbs. There are some celebrities who wouldn’t mind having carbs, but can’t because of a specific medical conditions. Finally, there are celebs who ditch carbs but replace them with a balanced diet. So, here’s a list of 7 celebrities who eat low or no carb diets.

MacPherson believes that her beautiful figure is the result of her conscious decision to consume an alkaline diet. In case you’re wondering, the alkaline diet seeks to forge a 80/20 balance between alkaline and acid foods. This is believed (in some circles) to be beneficial to overall health, and of course, building of a good physique. Carbs are organic acids, so they are a strict no no in her diet.

Supposedly, Gwyneth and her entire family have serious issues with gluten, which is found in such basic foods such as pasta, rice and bread. Their gluten intolerance is so bad that they often end up having serious allergic reactions. Interestingly, Paltrow admits that this total avoidance of gluten bothers her alimentary system, leading to “that specific hunger that comes with avoiding carbs.”

You wouldn’t expect Berry to go in for an unnatural diet just to be thin, and the truth is, she doesn’t. Her carb-phobia arises from her ongoing tryst with diabetes This condition forces her to consume less carbs, given that this nutritional component interferes with her sugar intake and raises her risk of cardiovascular disease. For her, low carb diets make sense.

Cox has a very specific diet regime that keeps carbs to a bare minimum. Hence, she shuns cappuccino for coconut water, and consumes lots of vegetables. She prefers healthy helpings of chicken, steak and fish, all of which provide her with the necessary proteins. Sounds like a healthy balanced diet.

Kardashian faced her moment of truth when, after having her daughter North last year, she lost a lot of weight then put it back on. The result, in true Kardashian style, was a post on Twitter which announced that she would now stick to a stringent diet and exercise regime. As you would expect, such a weight loss regime naturally involves a near total avoidance of carbs. We would suggest she maintains a balanced diet instead of a stringent no carbs diet. But then again, perhaps she knows her body best.

Biel knows that her tummy may disagree with her decision to stick to a strict but healthy diet. So, the star allows herself one day per week to indulge in whatever she craves. Of course, she’s back on her paleo-diet the very next day, so we guess this is how she keeps her cravings under control.

The star has a figure that makes fitness enthusiasts green with envy. As you would expect, there’s a lot of self denial involved in maintaining it. According to the star, she avoids carbs like the plague. Fox says her awesome body suffers just one indulgence in a day – a cup of coffee! Low carb diets don’t seem like much fun.