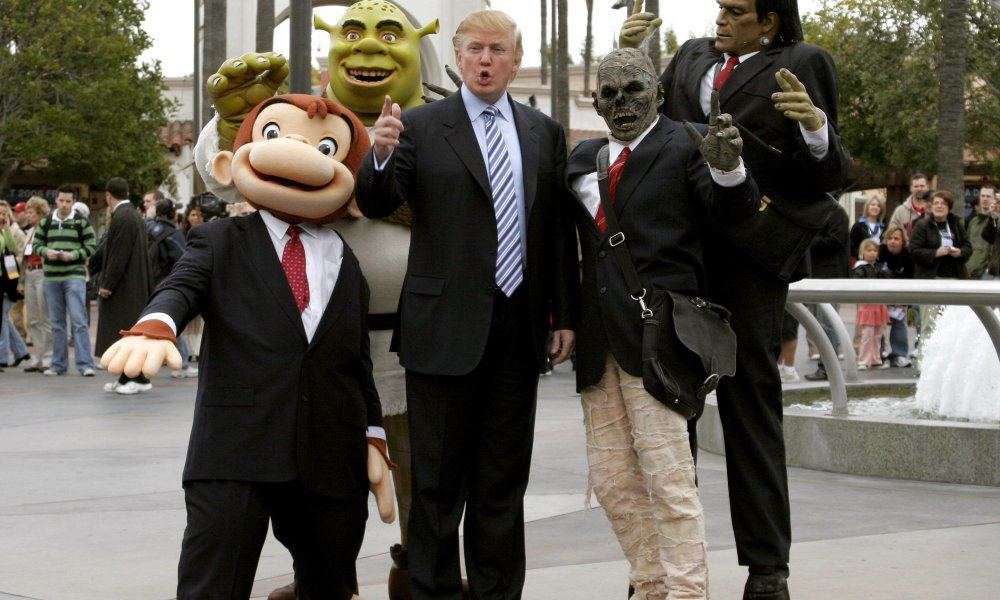 Republican presidential candidate Donald Trump is a gold mine of classist, sexist, racist and downright offensive comments. Over the years, ‘The Donald’ has been caught saying some pretty ludicrous things during his public speeches regarding minorities, women and foreign policy. Now that he’s running for president, we’ve compiled his most cringe-worthy remarks into one list. Here are the twelve most offensive Donald Trump quotes of all time.

The billionaire businessman will not give up on the authenticity of President Obama’s birth certificate. Trump had this to say about it:

I would like to have him show his birth certificate, and can I be honest with you, I hope he can.

Because if he can’t, if he wasn’t born in this country, which is a real possibility…then he has pulled one of the great cons in the history of politics.”

Trump has not been at all empathetic when discussing the issue of immigration. Here are the derogatory remarks he made while announcing his presidential candidacy:

“The U.S. has become a dumping ground for everybody else’s problems.

Trump was not shy about voicing his opinion on whether or not the former presidential candidate should in fact be remembered as a war hero. Trump cheekily said about the Vietnam POW:

“He’s not a war hero. He’s a war hero because he was captured. I like people that weren’t captured, OK, I hate to tell you.”

Donald Trump is unsurprisingly not an advocate of renewable energy. Back in August 2012, he had this to say about wind power:

“It’s Friday. How many bald eagles did wind turbines kill today? They are an environmental & aesthetic disaster.”

We’re not really sure what the Donald was trying to say when he made this analogy during an interview with The New York Times.

I have so many fabulous friends who happen to be gay, but I am a traditionalist.

Surprisingly, Trump didn’t have much to say when CNN “State of the Union” host Jake Tapper asked the business mogul to respond to criticisms over the twice-divorced Trump touting “traditional marriage.” He actually said that Tapper had,”a very good point.

More over China. Trump claims he’s the master when it comes to wall building.

“I will build a great wall — and nobody builds walls better than me, believe me —and I’ll build them very inexpensively.

I will build a great, great wall on our southern border, and I will make Mexico pay for that wall. Mark my words.

The wall will go up and Mexico will start behaving.”

One Mexican labor worker asked Trump who would be providing the manual labor for this wall in a viral YouTube response.

Before he even entered the presidential race, Trump had this to say about what sets him apart from the competition:

“I think the only difference between me and the other candidates is that I’m more honest and my women are more beautiful.”

He went even further to say how important women are in the election:

“You know, it really doesn’t matter what the media write as long as you’ve got a young and beautiful piece of ass.”

8. If You Didn’t Already Realize, He’s Pretty Into Himself

Here’s what Trump had to say about his sex appeal:

“All of the women on The Apprentice flirted with me — consciously or unconsciously. That’s to be expected.”

Of course, who isn’t attracted to an orange, duck-faced chauvinist? He went on to say this about his body:

“My fingers are long and beautiful, as, it has been well been documented, are various other parts of my body.”

The billionaire ironically said this:

Regarding which race he gets along with best, Trump said:

“I have a great relationship with the blacks.”

When the Republican candidate was asked what he thought about his 33-year-old daughter Ivanka posing for Playboy he said:

“I don’t think Ivanka would do that, although she does have a very nice figure. I’ve said if Ivanka weren’t my daughter, perhaps I’d be dating her.”

THAT RESPONSE IS NOT WEIRD AT ALL!!!

11. His Cruel Comments about Rosie O’Donnell

Sadly, the former The View co-host has had to bear the brunt of Trump’s most offensive comments:

“Rosie O’Donnell’s disgusting both inside and out. You take a look at her, she’s a slob. She talks like a truck driver, she doesn’t have her facts, she’ll say anything that comes to her mind.”

O’Donnell did voluntarily leave the show early this year, but her departure had nothing to do with Trump.

12. Here’s What He Said about Hillary

While discussing the Democratic frontrunner Hillary Clinton, Trump said this:

Chances are, there will be more offensive Donald Trump quotes as the campaign progresses.