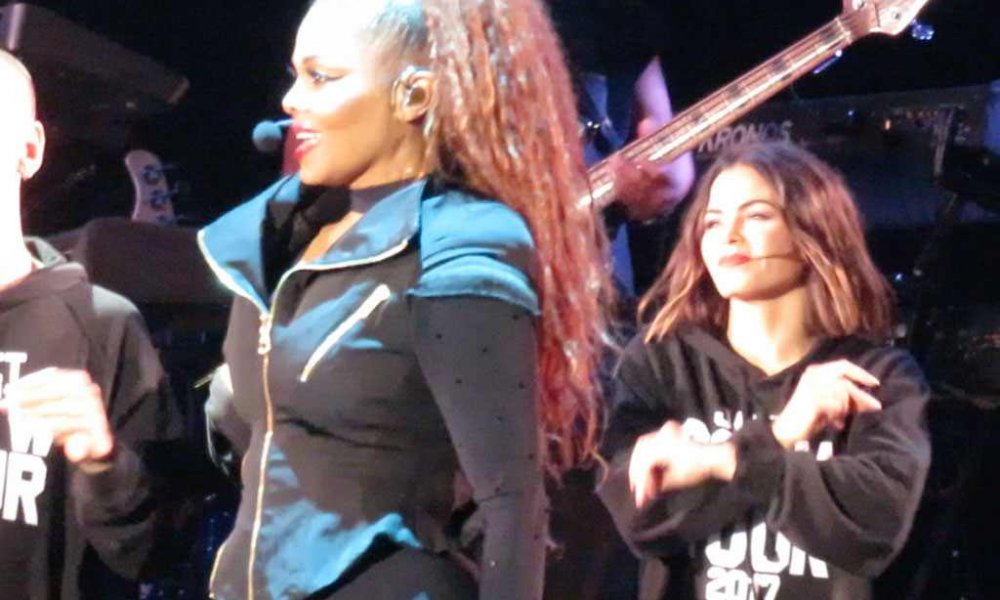 On Sunday night Jenna Dewan Tatum took to the stage at Janet Jackson’s show at the Hollywood Bowl. Jenna had worked as a backup dancer for Janet on her All for You Tour in 2001 and 2002, before Jenna even started acting.

Janet brought out Jenna and some of her other former dancers part way through the show, expressing how much they mean to her.

Jenna recently expressed what a big deal that gig was for the direction of her life.