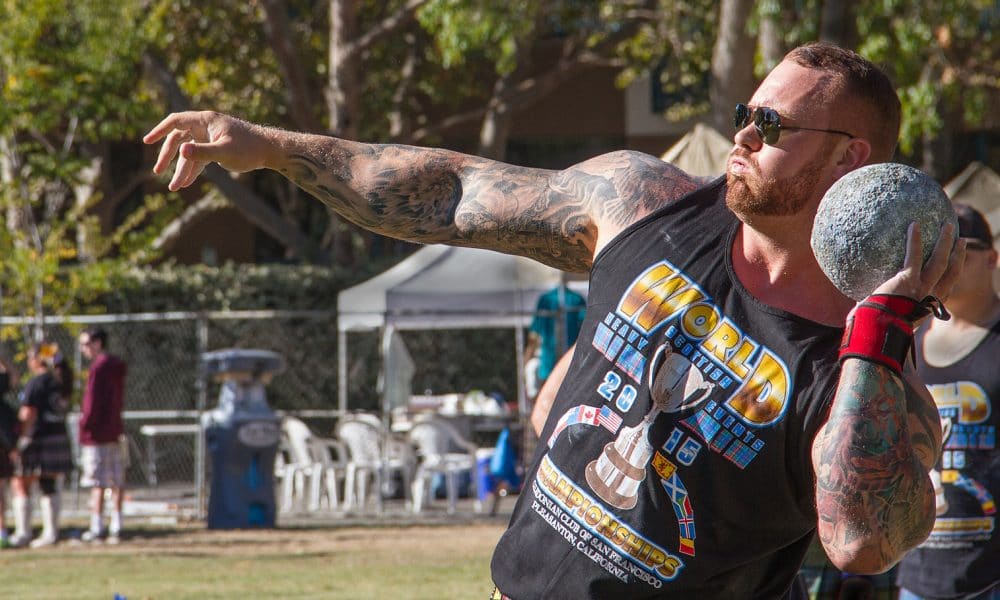 After his victory, the famously good-natured giant took to Instagram to thank everyone from his family to his fellow competitors:

THE WORLD’S STRONGEST MAN 2018! ?? . . Want to thank all of my family, friends and fans for supporting me along the way. . Special thanks to my coach @australianstrengthcoach and my nutritionist @stanefferding . . Also want to thank my sponsors, @kjotkompani @sbdapparel @roguefitness . . Congratulations to @kieliszkowskimateusz and @shawstrength for their second and third finishes! . #numberone

The 29-year-old Icelandic performer has been competing in high-profile strong man competitions for the better part of a decade. However, most people know Björnsson from his role as the Mountain on HBO’s award-winning mega-hit Game of Thrones.

The 6’9”, 397-pound actor has also begun to branch out from the series that made him famous. He recently appeared as the big bad in the shockingly well-reviewed sequel Kickboxer: Retaliation now streaming on Netflix. His next role will find the towering man appearing in Max Gold’s upcoming fantasy film Beast.