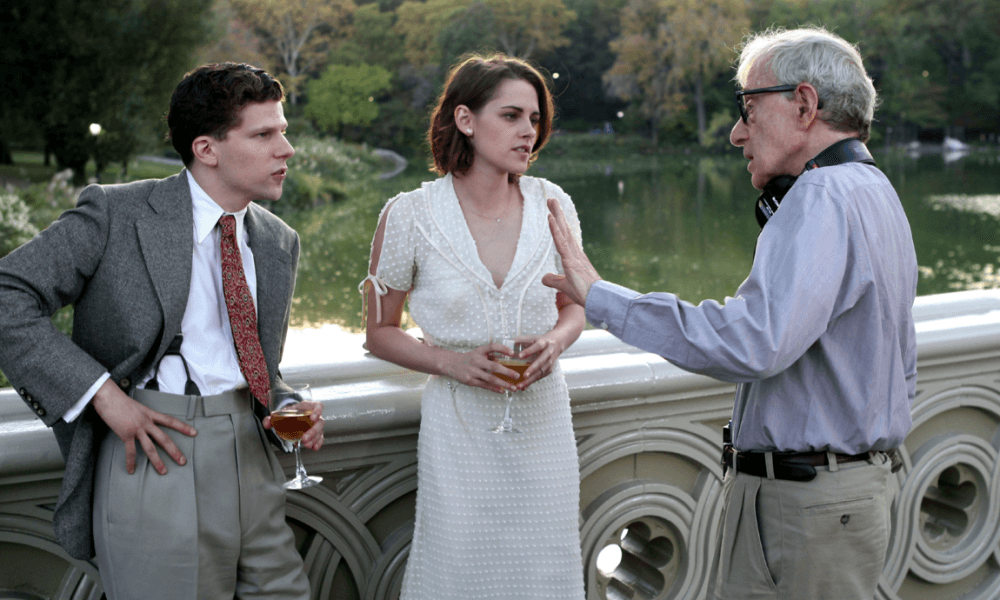 Woody Allen is heading to the Cannes Film Festival once again, and this year his film Cafe Society will kick off the whole event. Cafe Society is Woody’s 49th film overall, and this will be his third time opening the festival, after Hollywood Ending in 2002, and Midnight in Paris in 2011. He is the first director to have the honor three times.

The film is a 1930’s based Hollywood story about a screenwriter’s love affair. The ensemble film stars Jesse Eisenberg, Kristen Stewart, Blake Lively, Steve Carell, Parker Posey and Corey Stoll. It will be screening out of competition, which is common for Woody’s films.

According to a press release the film tells the story “of a young man who arrives in Hollywood during the 1930s hoping to work in the film industry, falls in love, and finds himself swept up in the vibrant cafe society that defined the spirit of the age.”

The full official lineup for the festival won’t be released for another few weeks, but there are some confirmed projects including Steven Spielberg’s The BFG which stars Mark Rylance.

Rumors hint that Jodie Foster will be there with the film Money Monster, and that Pedro Almodóvar might be there with Julieta. Other suspected directors and films include Nicolas Winding Refn with The Neon Demon, Park Chan-Wook with The Handmaid, and Andrea Arnold with American Honey.

The 69th Cannes film festival will be held May 11 to 22. George Miller will serve as the competition jury president, and the Palme d’Or jury will be lead by George Miller who directed Mad Max.