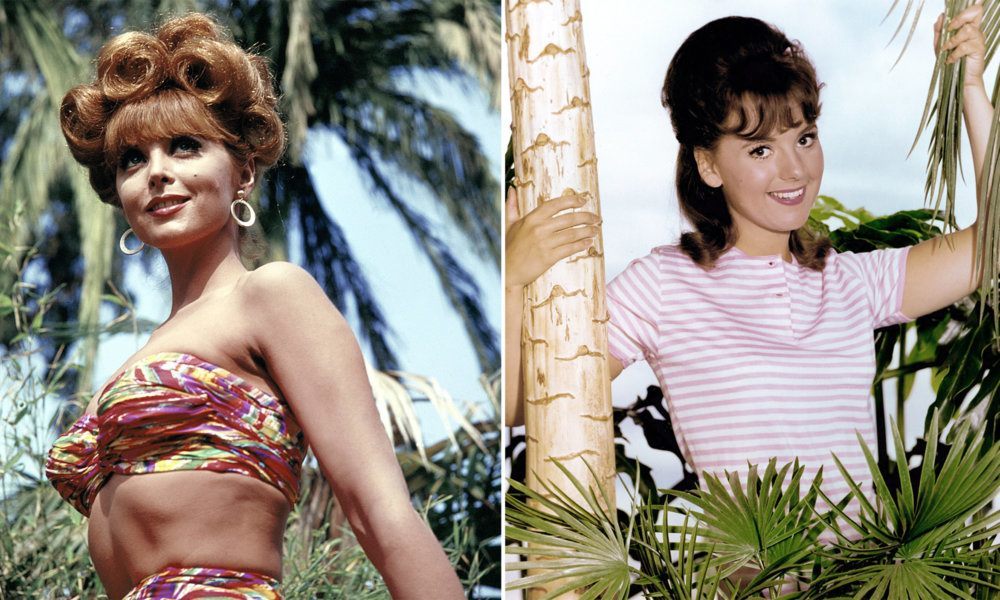 Throughout television history, several classic arguments have earned a spot on the couch next to passionate scholars of all ages. Who was more powerful: Jeannie or Samantha? Which show was better: Star Trek or Battlestar Galactica? More than any of these arguments, though, there is one that’s stayed in the forefront for almost fifty years. It’s a powerful question to which there is no real right answer … except for the one you find right here. Who is hotter: Ginger or Mary Ann? Read on to find out.

1. Let’s Start With the Basics

It’d be pretty difficult to name two more different women. Like a cinematic Betty and Veronica, sweet-natured Kansas girl Mary Ann Summers and the movie star, Ginger Grant, were at opposite ends of the spectrum in terms of tastes, look, and attitude. Where glamorous Ginger was accustomed to the finer things in life, Mary Ann was more naive and accepting. If you liked your women exotic and sultry, go Ginger, but if you liked your ladies earnest and true, Mary Ann was your lady.

2. Are You Into Tall Red Heads or Short Brunettes?

Everyone has their preference. There’s no right or wrong answer here. Let’s face it, both Ginger and Mary Ann were gorgeous so it really depends on which is more your type. And hey, if you prefered blondes, there was always Lovey Howell.

3. Do You Prefer Sparkly Gowns or Denim Shorts?

4. For What It’s Worth, Gilligan Leaned Towards Mary Ann

By and large, Mary Ann typically takes the lead when it comes to popularity polls that pit the two women against each other. One poll from USA Today actually gave the advantage to Mary Ann 85 percent to 15. Even the show’s star, Bob Denver, was openly admitted that he was more of a Mary Ann fan.

For those men looking for someone who’s musically inclined, there’s always Tina Louise, who not only had a career on Broadway, she also put out an album, It’s Time For Tina, which was released in 1957. We’ll let you decide if only releasing one album is a testament to her talent or a personal decision.

In 1993, Dawn Wells actually released a cookbook called Mary Ann’s Gilligan’s Island Cookbook, which was well-received by fans and critics. Recipes included dishes such as ‘Skipper’s Coconut Pie,’ ‘Skipper’s Navy Bean Soup,’ and ‘Skipper’s Goodbye Ribeye.’ (Can you tell she was good buddies with the Skipper?)

7. Because Behavior Has To Come Into Play

You may not remember, or even be aware, but Mary Ann has a criminal record (hey, that’s a turn off for some folks). In October of 2007, the star was pulled over after she swerved across a roadway. She was also found in possession of marijuana and was subsequently arrested by Idaho police (who knew Mary Ann like Mary Jane?). Later, another party claimed full responsibility for the joints and Wells plead guilty to reckless driving, a virtual non-offense.

We’re not the first place to try and decide empirically who is hotter. Lots of places of done that before. One of those places was TV Guide who listed Wells as number 50 on their list of the sexiest stars of all time. And where was Tina Louise? Nowhere to be found.

Okay, but let’s counter that one list with another one. In 2005, TV Land Top Ten ranked TV’s all-time greatest sex symbols, placing Tina Louise at number two on the list (Heather Locklear was placed at the top of the list, which kind of makes sense). In other words, Louise has won just as many awards for her hotness as Wells.

In the years after the show was cancelled, Dawn Wells has lead a fairly quiet life in Idaho where she basically devotes her life to making the world a better place. She currently runs a company called Wishing Wells Collections where she makes clothes for people with limited mobility. She’s also organized SpudFest, an annual family movie film festival. What’s more, she stayed close with several of her fellow cast members throughout the years.

After Gilligan’s Island was cancelled, Tina Louise had about as good a career as you’d expect from a performer of her caliber. Throughout the years, Tina Louise was a mother (by all accounts a great one) and an advocate for child literacy even volunteering at local public schools. Of course, she was always rather bitter about her time on the show, claiming that it crippled her future acting prospects and put a real damper on her career.

12. Tina Louise Was in a Film With Brad Pitt

Just throwing it out there, but in the years following Gilligan’s Island, Louise continued to experiment with her artistic side. In one 1991 indie film, Johnny Suede, she actually appeared opposite a then-unknown Brad Pitt in a strong background role.

We gotta go Mary Ann on this one. Not only was she the nicer of the two women on the island itself, Wells continued to be just as sweet-natured as the character she inspired. An actress’ actual behavior has to factor into a discussion of their beauty, so while the two women might end up neck and neck in terms of looks, Wells charitable attitude and gracious behavior bring her out on top.