16 Ways Hogwarts Would Differ If It Was in the US 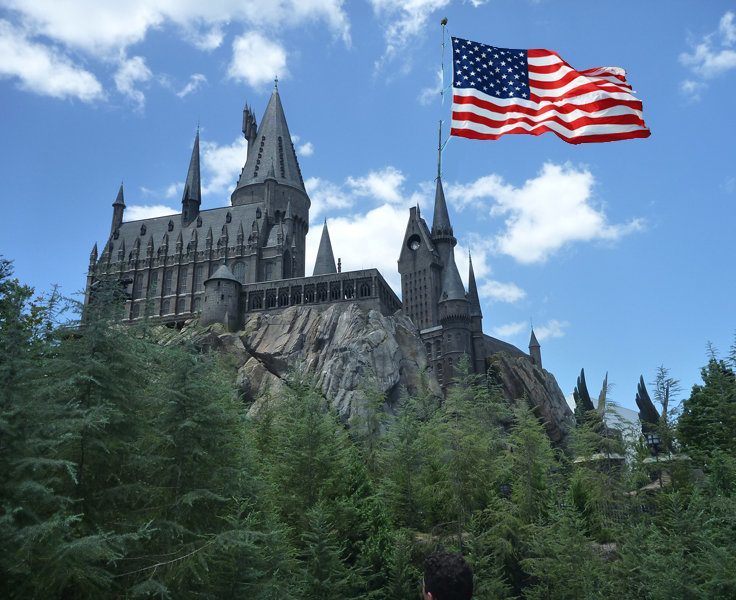 A while back, an enchanting question was posted on Reddit: “How would a school for magic in the USA differ from Hogwarts?” The responses were varied and abundant. It’s no big surprise with such a wide pool of Harry Potter fans in the world, there were some witty answers, not to mention a few poignant digs at America. Here are a some of the best responses.

Obviously the mail would be delivered by eagles.
– Azimuth2888

Bigger portions of food at the banquets.
– skipweasel

Students wouldn’t go shopping for their crap in some back alley marketplace; there would be a Mall of Wizardry with department stores. Or perhaps a Witch-Mart.
– accaris

Avada Kedavra would be a constitutional right, but you can only use it if you pass a background check, and then only for self defense, or for hunting.
– Thetomas

You would need to take out massive loans to attend.
– hobbeswasright_

Ron could not afford to go.
– moxious_maneuver

7. Will Need Some Flying Cheerleaders, Too

Quidditch would be renamed and a new sport named Quidditch that has nothing to do with the original sport would be created and become the national game for the wizard school(s).
– spirafortunae

8. Today, Let’s Learn About the Horcruxcifiction

It would be under constant harassment from Christian fundamentalists.
– KubrickIsMyCopolit

You wouldn’t have Gryffindor, Slytherin, Ravenclaw, Hufflepuff so much as the Jocks, the Rich Kids, the Nerds and Screech.
– deyterkourjerbs

The nurses/healing spells would be privatized so only the upper-class students could afford to use them.
– tempolevy

12. Big Sister is Watching You

The school would be under a pervasive sense of surveillance, with a zero tolerance policy for illicit magic on the back of every student’s mind. You could get suspended just for pointing your finger in the shape of a wand; forget actually casting anything outside of the classroom. You think the administration would go 5 years completely ignoring the rise of radical Dark Lord fanatics? Anyone who even sneezed and it sounded like Voldemort would be ratted out by their peers and placed on a No Broomstick list.
– accaris

13. Hagrid Would Have his Hand’s Full

Care of Magical Creatures would cover Sasquatch and jackalopes.
– Mule2Go

14. Everyone Gets a Trophy

Protests demanding that everyone have the same looking Patronus so as not to make someone feel less important.
– spamjam09

Everyone’s patronus would be an eagle.
– vada_vada