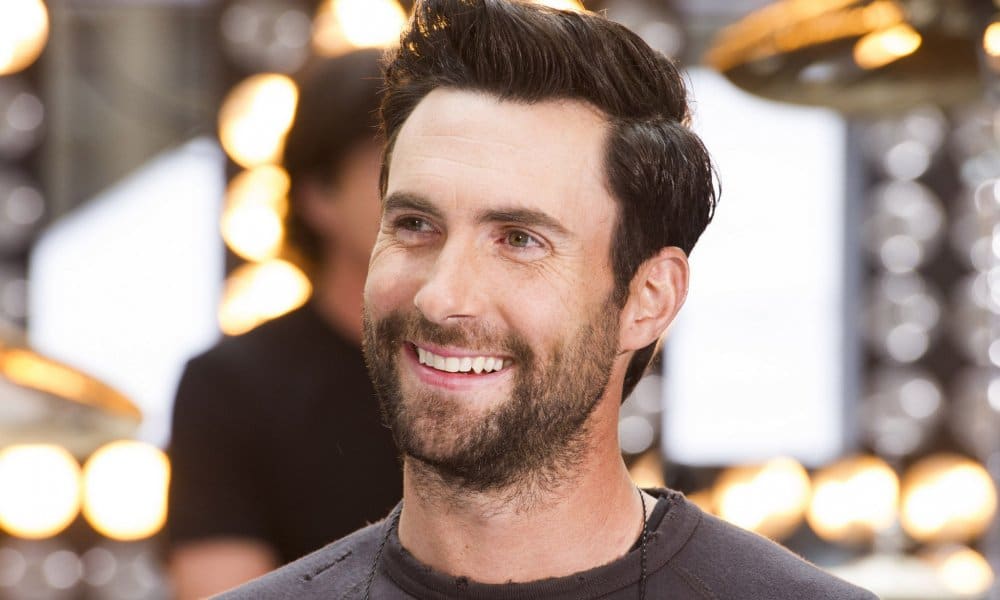 Adam Levine recently joked that he hoped his daughter Dusty Rose wouldn’t grow up to be like his Voice co-star Miley Cyrus. During a joint interview with the two Miley pointed out that “me and Dusty have [a] very similar fashion sense and hair color, which I noticed today.”

Levine responded that indeed Miley and the 14-month-old baby did have a similar hair color. When asked if Dusty might grow up to be even more like Miley, Cyrus jumped in and said: “cross your fingers and hope to God that is not true!” Levine laughed in agreement and said that Dusty is already “very bossy.”

Levine is currently expecting a second daughter with his wife Behati Prinsloo. He joked about being happy to fill his home with powerful women.

“Oh yeah, I’m pumped for the army of women to help lead the revolution. Era of the female! I got two soldiers, I’m bringing ’em up. Raisin’ ’em right. They’re gonna f— y’all up.”

Levine first revealed the gender of his second child on The Ellen Degeneres Show, which was fitting since the host actually came up with the name for his first child. Levine has teased Degeneres that she is going to be a part of the naming process for this one as well whether she likes it or not. Degeneres has referred to Dusty as a “zen” baby based on her inherent calmness. Levine finds the personality trait funny “because her parents—we’re, like, maniacs. She kind of calms us down. She looks at you like, ‘OK. Relax.’ It’s good. It’s important.”