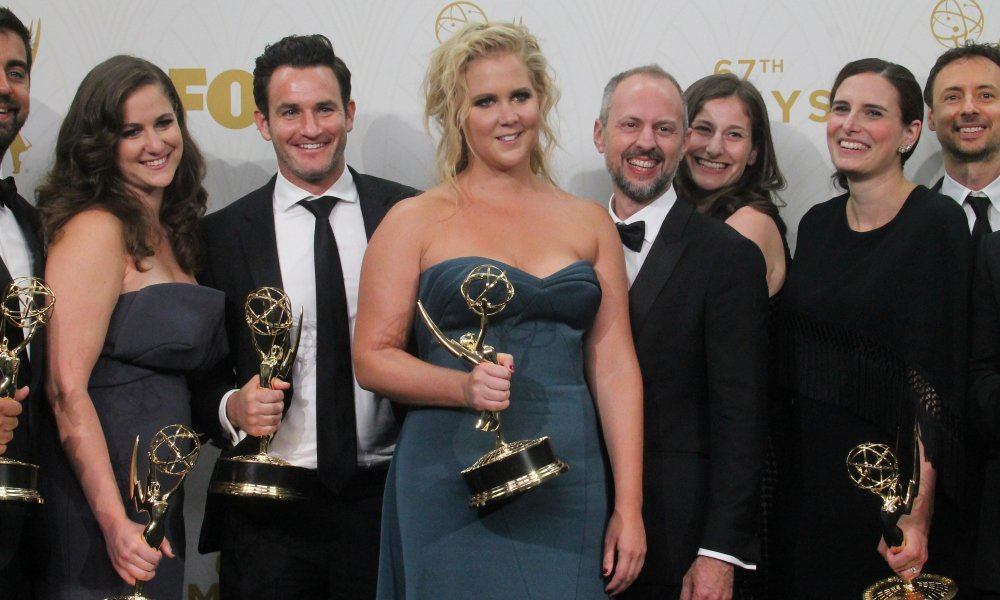 Amy Schumer has been busy with awards season and a new boyfriend, but some people aren’t enjoying her success as much as she is. In particular, a few different comedians have accused Amy of stealing their jokes to use in her own bits, and they’re not thrilled about it.

A Twitter conversation went down over the weekend between three different female comedians where they discussed what they saw as discrepancies in Amy’s original content. The Tweets have now been deleted but not before plenty of people took notice.

It all started when Wendy tweeted:

“Between Amy Schumer doing 1 of my best jokes on her HBO special and this meme of my joke, I’m done with social media.”

Some think the joke that she was referring to went a little something like this:

“Maybe I’m old fashioned but I like it when the guy pays…for sex.”

In the HBO special Amy Schumer: Live at the Apollo Amy makes a somewhat similar joke.

“I am a good person, I swear to you; I’m very old school. I think the guy should always pay on the first date for sex.”

Comedian and comedy writer Chuck Martin saw Wendy’s tweet and suggested that she talk to the other two comedians involved who shared similar stories.

It’s hard to say whether the jokes are actually similar enough to be ripped off or if they’re just a case of a similar train of thought.

While the accusations could be completely fabricated, Amy has seen these women do their acts before since she used to open for them on the comedy circuit when she was growing her own following.

Amy was also accused of stealing jokes last year when one of her acts was compared to one of the late comedian Patrice O’Neal.