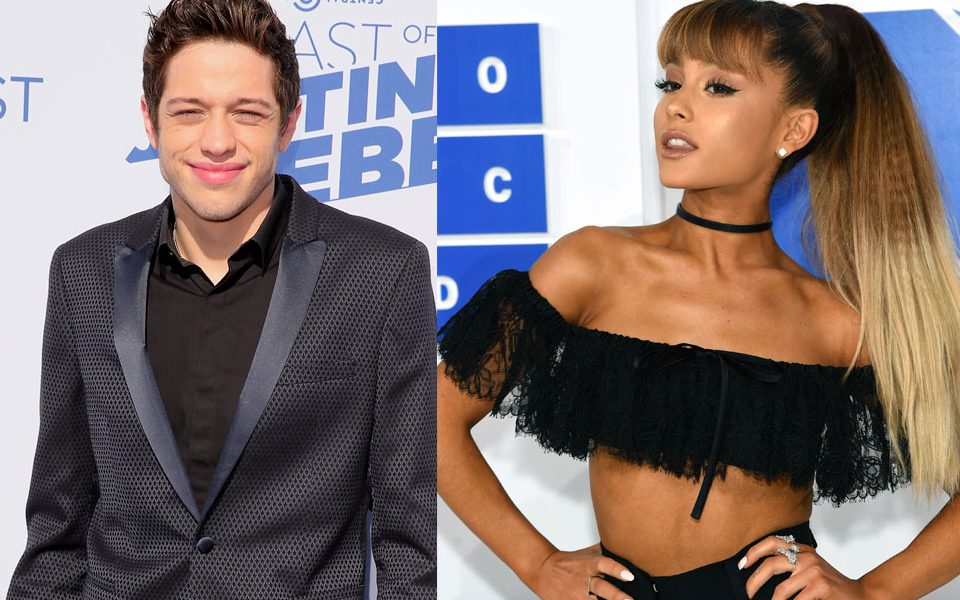 After a whirlwind and very public romance, Ariana Grande and Pete Davidson are engaged. Grande was wearing a giant ring on that special finger in some photos her brother posted over the weekend from her mom’s birthday party.

happy birthday to my incredible mother @joangrande. you have always been there for me, every second of every minute of my entire life and there are no words in the world that can express how much you mean to me. i love you mommy. happy birthday. ?

A source explained that the two “were telling people that they’re engaged” over the weekend at Robert Pattinson’s birthday party. After possibly confirming the news on Twitter, the happy couple headed to Disneyland to celebrate.

Despite the extremely fast engagement, sources say that the couple (both 24 years old), have no intentions to rush into the marriage part.

“They are a perfect it. They are not rushing to get married. Their friends are really excited and supportive. They are both constantly making each other laugh. Their moms have met. They’ve been very public with their relationship on social media and they are in very in love.”

The news first broke on May 21 that Ariana Grande and Pete Davidson were dating. Grande and Davidson both just got out of other relationships, and the news of their relationship came just days after Grande ended her last one. Grande recently moved on from Mac Miller, a relationship that she called “toxic.” Although Grande and Miller just recently split, sources say that “in actuality, the relationship had run its course long before that.” Davidson recently ended a relationship with Larry David’s daughter Cazzie. When asked to comment on the split he said “she’ll be great, she’ll be fine.”

Grande and Davidson had first met a couple years ago when Grande hosted Saturday Night Live. Within the month or so that they’ve been publicly dating, Davidson has already gotten some tattoos in Grande’s honor, including her signature bunny ears from the Dangerous Woman album.

We had a good night.