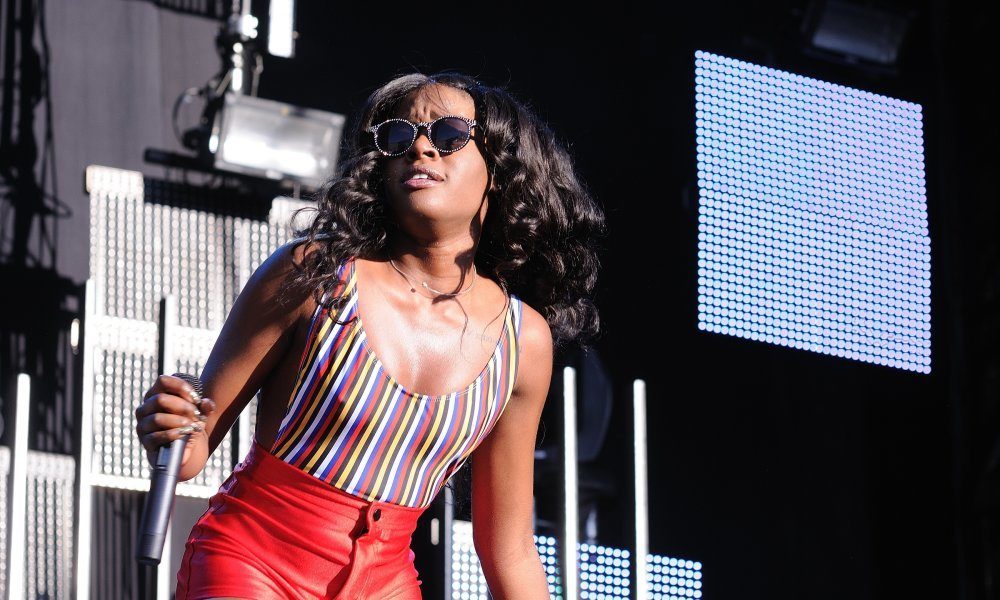 Azealia Banks seems to make a lot of headlines for controversy, and this time is no different after the rap artist was arrested for allegedly assaulting and biting a female security guard.

Azealia was at a New York hot spot Up&Down in the Meatpacking District on December 16. The story goes that Azealia was not invited to the private party at the venue, but chose to crash. She was told that she needed to get a hand stamp to get in which she did, but then she really got upset that the security guard did not recognize her celebrity status. This was what really sent Azealia over the edge.

The 24 year-old got so angry when she was asked to leave the club that she ended up cursing, punching and biting the security guard on the breast. Naturally, the cops were called and Azealia was arrested on assault charges.

“She was offended that the security did not know who she was or recognize her as a celebrity. This resulted in an altercation, which another insider tells us also involved her spitting in the owner’s face, and it ultimately led to her being escorted out by the female security guard who became the victim of Azealia’s alleged assault.”

This is not, however, the first time that Azealia has been arrested for assaulting a security guard. In October she was asked to leave Los Angeles club Break Room 86 for tampering with a fire alarm and acting “unruly”. She ended up hitting the security guard, and was arrested.