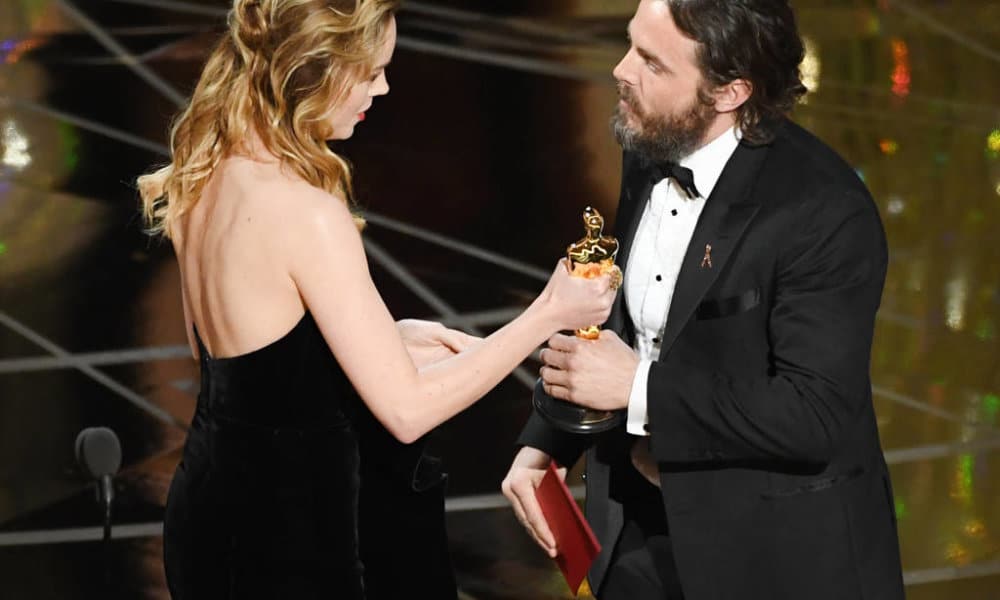 Brie Larson caused a stir when she chose not to clap for Casey Affleck when he won the best actor Oscar for Manchester by the Sea. Now the actress is speaking out about her decision.

“I think that whatever it was that I did onstage kind of spoke for itself. I’ve said all that I needed to say about that topic.”

Brie did however, hug him after she presented him with the award. Brie is an advocate for sexual abuse survivors, while Casey has been accused of sexually assaulting women. This is the second time she has presented to him this award season. A source added that:

“Brie feels really guilty about the situation. She’s not going to call him out, but she’s thinking about saying something about sexual assault at the SAG Awards. There have been discussions with anti-sexual assault groups she has ties to.”