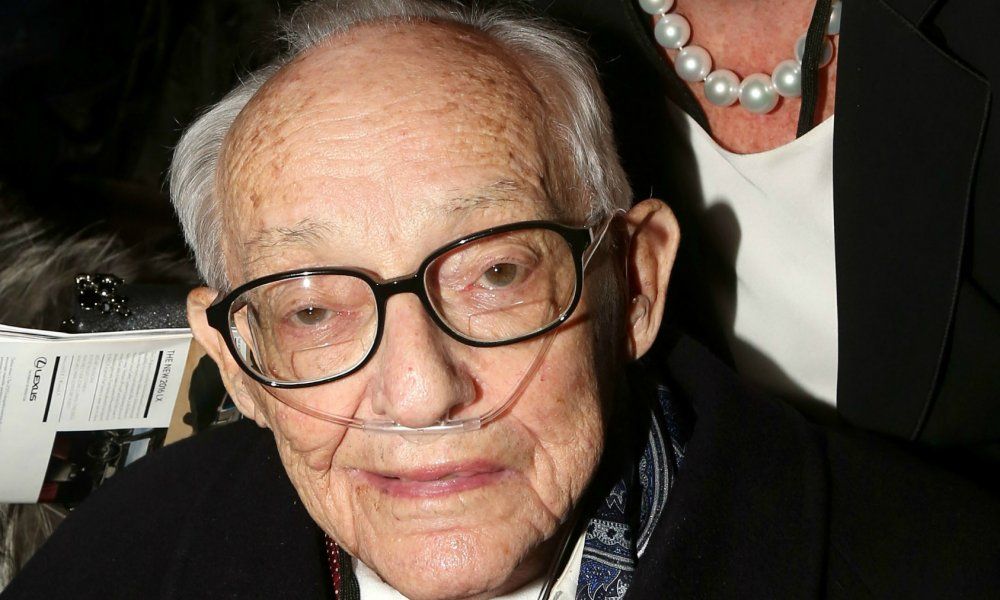 Broadway producer James M. Nederlander has passed away at the age of 94. Over the course of his career he had produced over 100 shows and won 12 Tony Awards.

His son, James L. Nederlander has confirmed the news.

“The world has lost one of its great impresarios. ”

Jimmy as he was called, was responsible for producing or co producing greats such as Annie, Copenhagen,The Will Rogers Follies, Les Liaisons Dangereuses, La Cage aux Folles, Nine, Noises Off and The Life and Adventures of Nicholas Nickleby.

He claimed that it was impossible to predict which shows would be a success beyond trusting intuition around it, and he his own gut was one that he trusted.

Jimmy had taken over the Nederlander Organization for his father over starting out sweeping in the lobby, and brought it to where it is today as one of the three top theater chains on Broadway.

One of the company’s biggest collaborations is with Disney, which allowed them to put on shows like Beauty and the Beast, Aida, Tarzan, The Little Mermaid, Newsies, and The Lion King.

Within New York the Nederlander theaters include the Palace, Brooks Atkinson, Gershwin, Lunt-Fontanne, Marquis, Minskoff, Nederlander, Richard Rodgers, and Neil Simon. Outside of New York they include Chicago’s Auditorium, Bank of America theatres, the Broadway Playhouse, Cadillac Palace, and Oriental theatres; the Adelphi, Aldwych, and Dominion theatres in London; and the Pantages Theatre in Los Angeles.